Home»Feature»It’s The Music! Grants Pass Is Stepping Up As A Premier Musical Destination
Feature

It’s The Music! Grants Pass Is Stepping Up As A Premier Musical Destination 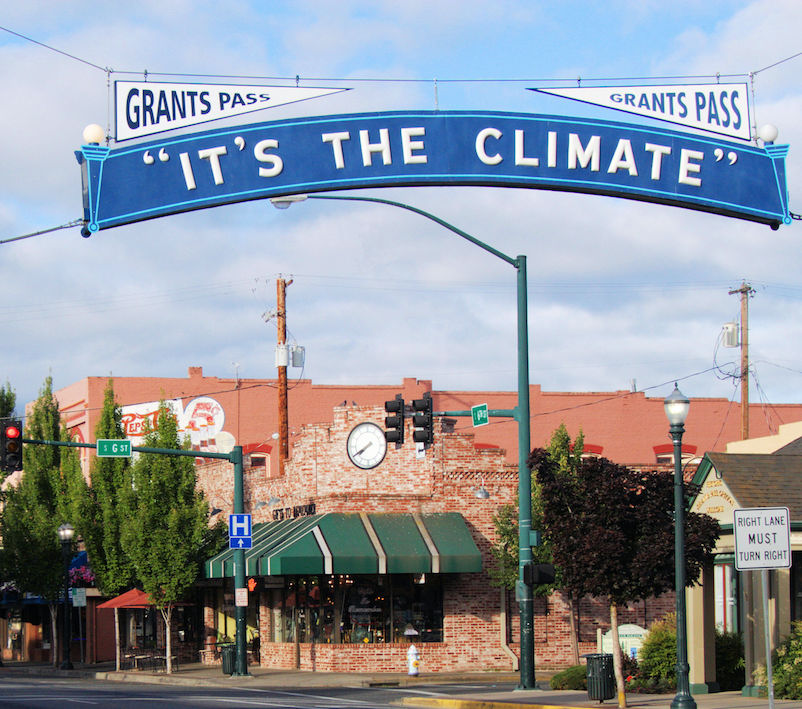 Touring bands passing through Southern Oregon between the Bay Area and Portland usually try to make a stop somewhere in the Rogue Valley. Medford, being the largest city in Southern Oregon, seems like the obvious destination. Ashland, being the cultural hub of the region also seems like a contender. But over the last two years, both those markets have been passed over by many touring acts in favor of the place most locals might least expect: Grants Pass.

In the last several years, while Ashland and Medford have been shedding performance venues, Grants Pass has done the opposite. The Haul, The Sound Lounge, The Whammy Bar, The Eaden Ballroom, and more joined the cast of existing Grants Pass performance spaces including the historic Rogue Theater and multiple tavern stages.

The story of The Haul, celebrating their third anniversary in September, helps to shed some light on the burgeoning music scene in Grants Pass. Catering to the music was not the restaurant’s original intention, but they soon found that they were helping to fill a musical void.

“We didn’t intend to be a music venue,” says Britney Mesica of the Haul. “It grew to be a much bigger entity than we could have imagined. It makes sense because we are that point between San Francisco and Portland or Seattle. We get a lot of bands that are passing through.”

Booking the bands is one thing; having the resources and equipment to create an ideal situation for a touring band is another thing.

“Once we started booking shows we got slammed with music requests. It turned into a big hub in the local music scene. Starting off we didn’t have a P.A.; we asked bands to use their own.”

The flip side of the coin are venues like the Whammy Bar. Venues that intended to create a space for musicians and unintentionally ended up in the middle of the blossoming Grants Pass scene.

“The business itself is under new ownership; we are trying to become better known for having entertainment,” says Kendie Nygren of the Whammy Bar.

Wanting to have music and having the right venue to showcase it are two different things. But the Whammy Bar is determined to make it work; and they are doing just that.

It isn’t just the Haul and the Whammy Bar that are bringing more bands to the area and providing space for local bands to play. The Cedarwood Saloon, Sound Lounge, Eaden Ballroom, G Street Bar and Grill, and the Rogue Theatre all feature live music most days of the week. And there are concerts in Riverside Park every Tuesday evening starting June 20th.

But it is not just the venues that are helping to bring more bands to Grants Pass; it is also the people who care about the music and want to do everything they can to help the scene blossom. Junior Francisco has been booking bands at the G Street Bar and Grill for the past eight years and is an integral part of why the music scene in Grants Pass is so invigorated. He has also been helping the Haul with their bookings and it is that sense of community, not competition, that makes Grants Pass so special. And if things keep moving in the same direction, this could be the tip of the iceberg.

“Three years ago I was trying to bring in new acts,” says Francisco. “We did Punk-Rock Night once a month and I thought, what if we do it every Thursday. Then the Haul opened up, so I was hauling my P.A. back and forth from the G Street and The Haul every weekend. It’s been crazy watching [the scene] grow.”

It’s The Music! Grants Pass Is Stepping Up As A Premier Musical Destination