Interview With a Spook Master: Peeking into the dark corners of Nightmare Chamber artistic director’s brain

Are you afraid of the dark? Clowns? Spiders?

If you have the nerve to face these fears, then get yourself to The Nightmare Chamber, an annual fundraiser for—and at—the Randall Theater in downtown Medford.

Incorporating new technology as well as makeup and costume effects, Artistic Director Robert Downward has opened up the dark closet, shaken out the skeletons, and let loose a terrifying haunted house. The Messenger recently caught up with Downward.

This interview was conducted in the broad daylight of a recent afternoon.

RVM: You have a long history with theater. It seems to be your life?

RD:  It is. I’ve been a professional for many years. I met my wife in a show, and even after we had kids I was travelling and doing a show in the South during (hurricane) Katrina. It came through and demolished the venue, so I thought, well, I’ve got to not be traversing the country.

We were very familiar with (southern Oregon). My family had been coming to this area since before I was born. It was just sort of a natural fit for us. 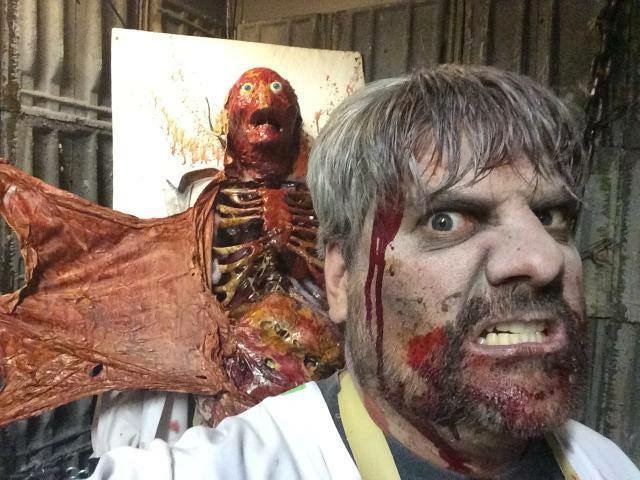 Medford has such a large population, and I thought it was strange to not have it’s own theater. So I decided to go ahead and start one, based on the ideas that were instilled in me by my older brothers: That theater isn’t about glorifying yourself; it’s about the process and doing what you’re doing for the audience coming in. And that’s what Randall Theater is based on, and I think that’s why it’s grown so quickly.

He also loved this time of year, scaring people, making monster movie models, and watching scary movies. It was something he really liked and enjoyed. The haunted house has become this over blown homage to the memory of my brother.

RVM: A full-scale haunted house needs a lot more cast and crew than a typical staged production. Where do you find the extra helping hands for that?

Ultimately, what we do is put the request out and see who shows up. Some of them are people that have never done it before and thought it would be fun, while some have done it every year. Of the people that have never done a full twelve night run or more haunted house, I think about ninety percent end up not coming back. Not because they didn’t enjoy it, but it’s such hard work. People don’t realize just how physically and mentally difficult it is to be doing what they’re doing almost every night, sometimes for three or four hours at a time doing the same thing over and over again. They’re always on stage, seeing a new group of people every thirty seconds, so they’re acting for three or four hours doing something extremely physical, whether using their voice or body. It’s draining.

RVM: This is the Randall Theater’s sixth haunt. How do you manage to change things up over the years?

RD: This year we’re requiring less actors than we have in the past because we have added a number of bells and whistles. We’ve gone with more automation, which is more in tune with larger, more commercial houses you find in larger cities. Instead of actors being the main scares, a lot of our animatronics and the pneumatic props are the pop outs and loud noises, so the actors get to do more creepy acting. 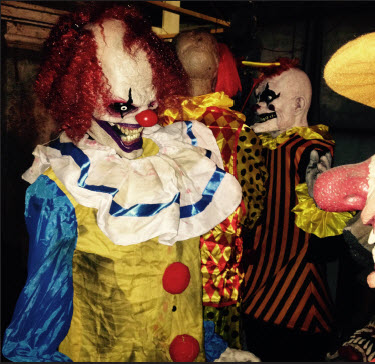 What’s great is that as we add more technology and lighting to the theater, we also do that with our haunted house. I channel Walt Disney and P.T. Barnum; you can’t think small. You always have to try and find what will make people want to come back. We change the theme of the haunted house every year, in order to keep it new and fresh. Last year was based off [the movie] Silent Hill, this year is based off of nightmares.

RVM: What inspired that?

RD: I was trying to think of something that could be general, yet specific. Nightmares don’t travel on a linear path. Dreams and nightmares are all over the place. You could have an industrial nightmare that all of a sudden morphs into a grassy field. We’re able to have a haunt that has a number of different sections, but they bleed from one into the next; they’re totally random.

RVM: What are some of the favorite reactions you’ve seen coming out of the house?

RD: (Laughs) There were these two women that got a really great scare right after the first room and they dropped to the ground. And they didn’t want to get up. They were terrified and had to be coaxed along by their friends—and that was just after the first room! The crumbling to the ground, losing their physical capabilities is great. And then, of course, you want people to wet themselves. We gauge the success of the haunt by how many people wet themselves by the end of the season.

Interview With a Spook Master: Peeking into the dark corners of Nightmare Chamber artistic director’s brain