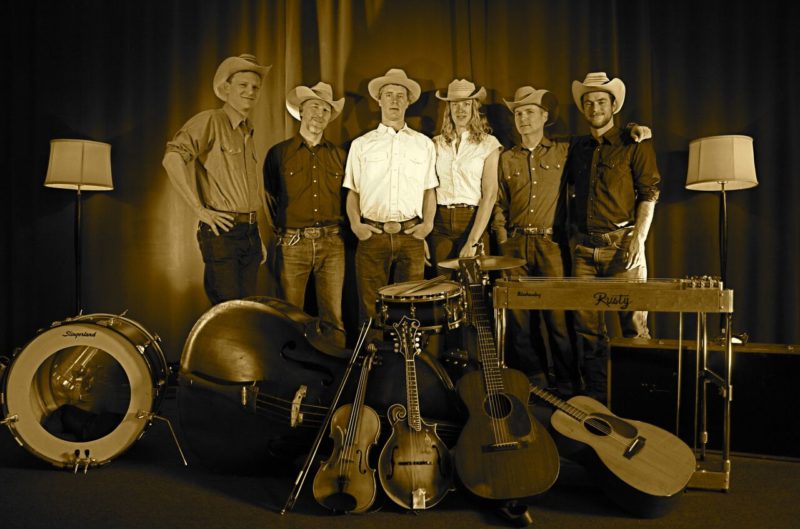 Miracles can come in unexpected forms, and in certain cases they can even come in the form of a seductive reggae-electronica duo. The Burton brothers were both born with Cystic Fibrosis, a genetic disorder which leads to severe lung and kidney problems, and were told they would only live to the age of 18. However, now in their thirties, they collaborate under the label of Indubious.

Through Indubious they perform music branching from their own unparalleled genre rootstronica, which is described as a high energy conglomeration of reggae, rock, EDM, and dub music. Their art is deeply in touch with the natural world and with the Rogue Valley, which will play host to a free Indubious show at Riverside Park in Grants Pass, Tue. August 8, starting at 6 PM.

The band is now based in Portland, but takes heavy influence from its time in Ashland.

“Our musical outlook has been affected by the Rogue Valley in that I’m not sure we would even be doing what we are doing if we didn’t move here,” says brother Evton Burton. “After moving here we experienced and huge blast of support and love that let us know what we are doing is our path of highest excitement. All of our success has then branched forth from our home base that became our musical foundation.”

As a consequence of the relentless adversity they suffered in childhood, the music of Indubious serves as a positive outlet to channel the resilient joy of cognizance, in the face of a harsh and uncaring world.

“Our overarching message over the years has been one of love, connection, faith, and in trusting our inner guiding voice whilst embracing the magic inherent in our humanly existence,” says Burton. “An opening of perspective and shifting of vibration towards the inherent mystical beauty of this life.”

“Most recently we have been on a ‘from zero’ trip—which is also the title of our new album,” he says. “The meaning behind this is that we all come from zero and start from nothing. We are born into this life through the atoms of stars onto a ball of dirt. We are entitled to nothing, which in turn, means we are blessed by everything. Nothing HAS to be and the ability for us to exist and experience is a miracle. Zero is the beginning and the end. The life and the death. The alpha and the omega. It is infinite potential. Through this meditation we have created our recent album which we offer as-is with zero expectation: a gift to the world in gratitude for the many blessings we continue to receive.”