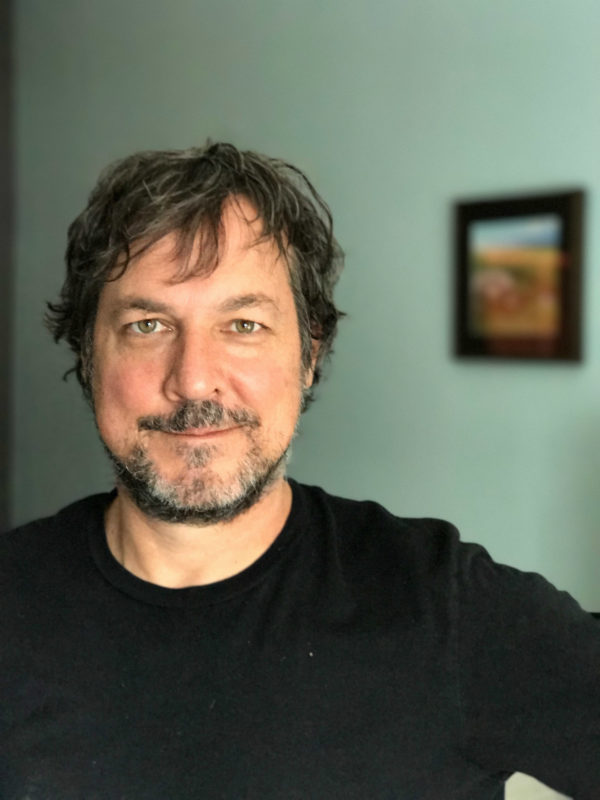 In the low-to-no-budget world of independent movie making filmmaker Gary Lundgren realized early that it’s patience and resilience that shield the seed of a story.

“Often it feels like broke filmmakers trying to get something made,” says Lundgren, writer and director of the award-winning short, Wow And Flutter, and full-length features, Calvin Marshall and Black Road. “But I think it’s more about having a little bit of control over it. You’re trying to tell a story that means something to you, not just creating a product. That to me is what independent film is.”

In 2002 he sold his feature-length script, MVP, which later became Calvin Marshall and took over seven years to complete. “I think there were a number of times where I wanted to give up. We had a production company that was going to make the movie, then decide last minute to go forward on a different project. That was the first real blow, where often you see these doors opening and then you see the rug pulled out from under you. I think that’s very common in film, but the first few times it happens you feel you just get hit up side of the head by the reality that, wait, I’m not going to make this film.”

After buying back his script he then set his sights on Wow And Flutter. “It was a labor of love. We were spending money and really going all out to make the best short we could.” The effort paid off when it won best short at the 2005 Hampton Independent Film Festival in New York. “Bob Balaban presented the check and it was like ok, I can do this, I can be in this room with these people.”

In 2006 he returned to Calvin Marshall and with financial backing from some professional baseball players headed to New Mexico. “We started building sets, had a crew hired, wardrobe being found and created. Five weeks short of shooting some of the players decided they weren’t going to invest. The whole production fell apart. I’m thinking, well I’m done. It was just a real soul searching time.”

Lundgren and his wife Anne, a film producer, have worked on a range of projects from multi-million dollar productions to volunteering their time. When friend and producer, Luis Rodriquez, approached him with his idea for the short boxing film, Concrete Canvas, he felt drawn to help. “I grew up in a family that loves sports and boxing was this thing my family liked to watch. I liked the story and the characters. It has a big ending, I think almost Shakespearean. It became less about the match and more about the choices and impact boxing made that put him on the streets. There’s a lot of richness there to be discovered and the kind of movie that’s going to have a long life online.”

Through crowd funding, private equity and a dedicated cast and crew, Lundgren completed his sci-fi thriller, Black Road, in 2014. “All the cast and crew made personal sacrifices for this movie. It premiered in L.A. in August 2016. Our distributor immediately made a deal with Netflix and it was streaming in late September and it’s finding a small audience without any real publicity.”

“I have a lot of gratitude,” he adds. “I’ve gotten to direct features that play on Netflix and we’re making a living in the film industry, which isn’t easy to do. When Wow And Flutter won and we got a five thousand dollar check, I remember that paid our rent that month.”

It launched him on to the success of Calvin Marshall, the script he’d written seven years before. “I remember the very last shot, when it was a wrap, everyone was crying, even the actors. It was so emotional for all of us because we’d tried so hard for so many years.”