Humbled by the Arts: Dawn Monique Williams Crowned with the Princess Grace Award 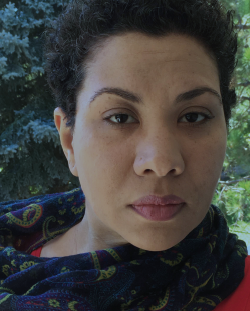 Oregon Shakespeare Festival is filled to the brim with talent both in the spotlight and behind the scene. Among that strong list, Artistic Associate Dawn Monique Williams has been awarded the Princess Grace Award.

The Princess Grace Foundation’s goal is to financially support promising artists in film, dance, and theatre. With an extensive resume that reads like an almanac, Williams has been involved in OSF for three years. Originating from Oakland, California, she’s received an MA from San Francisco State University and an MFA from University of Massachusetts Amherst. Her education has led her to teaching theatre courses in California and Massachusetts—and being involved in productions in Colorado, New York, the United Kingdom, and Oregon.

“From the time I was about six I knew I wanted to be a performer,” Williams says. “Theatre became a very serious—single-minded even—ambition when I was a freshman in high school. It became a great escape, a way to tell magnificent stories, and part of a community.”

While her experience in genre is broad, her favorites are the classics.

“I love playwrights who are also poets,” she says. “I like dense language, word play, rich metaphor, and wrestling with big ideas. I like the theatrical experience, magic, big worlds, music and dance—expanding our worldviews and vocabularies.”

While she applied for the Princess Grace Award, she wasn’t necessarily expecting to win it.

“I was of course very hopeful when we submitted the application, but these things are highly competitive so I didn’t want to get my hopes up too high,” she says. “I was immediately humbled to learn I had won the honor.”

Humbled by the Arts: Dawn Monique Williams Crowned with the Princess Grace Award