How to Enjoy a Weekend Trip to Rogue Valley

If you’re looking for your next weekend getaway destination, Rogue Valley may be the place for you. Rogue Valley is a region located in Southwestern Oregon. It is a place of natural wonders due to its proximity to the Rogue River that runs from Crater Lake to the Pacific. It’s also home to a multitude of hardwood forests, making it a popular destination for those looking to get in touch with nature.

For those looking for something a little more laidback, Rogue Valley is also a cultural and economic hub in the Oregon region. Go see a play, have a game night, or check out one of the area’s exquisite restaurants – there’s surely something for everyone. Read on to find out the best activities you can do to maximize your weekend trip to Rogue Valley.

Crater Lake Park is Oregon’s only National Park. The park gets its name from Crater Lake, North America’s deepest lake that was formed around 7,700 years ago after Mount Mazama erupted — creating a crevice over 2,000 feet deep that has since been filled up by rainwater and snowfall. The park features hikes appropriate for beginners and seasoned hikers alike in the Garfield Peak Trail, Cleetwood Cove Trail, and the Mount Scott Trail. The latter trails are seasonal, while the Garfield Peak Trail is safe to traverse all-year-round.

Have a Game Night at Seven Feathers 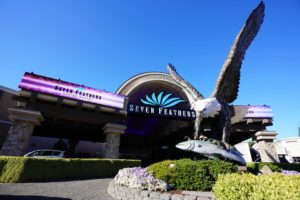 A local destination you shouldn’t miss is the exciting and luxurious Seven Feathers Casino Resort. There’s the River Rock Spa if you’re looking to lay back and relax, and any of the resort’s seven restaurants are also worth a visit. If you’re looking to enjoy some gaming, the casino has several classic table games on offer, including baccarat, blackjack, craps, and four different kinds of poker. As a result, you can expect some of Rogue Valley’s most avid card players to frequent the poker tables here. And if you’re a bit intimidated by the competition you might face, it could be worth brushing up on the rules and strategies of the game, which you can now safely do on your phone. Yahoo News explains how an app called PPPoker lets people play online exclusively with players of a similar skill level or just with players that they know in friendly cashless games. This way, you can sharpen your poker skills without any consequences while getting your nails and hair done at River Rock Spa, after which you’ll be more than ready and confident to sit at Seven Feathers’ poker tables for a game night.

Catch A Play At The Craterian Theater 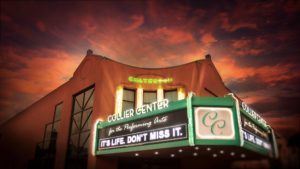 Opened in 1924, The Craterian Theater is a cultural landmark. The theater has housed everything from national concerts to theatrical tours and even community performances. In 2012, they renamed the theater The Craterian Theater at The Collier Center for the Performing Arts in honor of local philanthropist James Collier. The theater is a local institution known for giving audiences a taste of the world of theater and the stage. Be sure to drop by to catch a show when you’re around.

Have A Meal At Larks

There are some that would say that a visit to Rogue Valley wouldn’t be complete without stopping by Larks. Larks is known for its longstanding partnership with local suppliers, which assures the freshness and quality of the ingredients they use. The quality of ingredients is heightened by Larks’ rustic approach to food. By pulling back on complex preparations, they highlight the amount of time and effort that the local producers spent on growing their vegetables and raising their livestock. Larks is truly the quintessential farm-to-table experience in Rogue Valley.

How to Enjoy a Weekend Trip to Rogue Valley