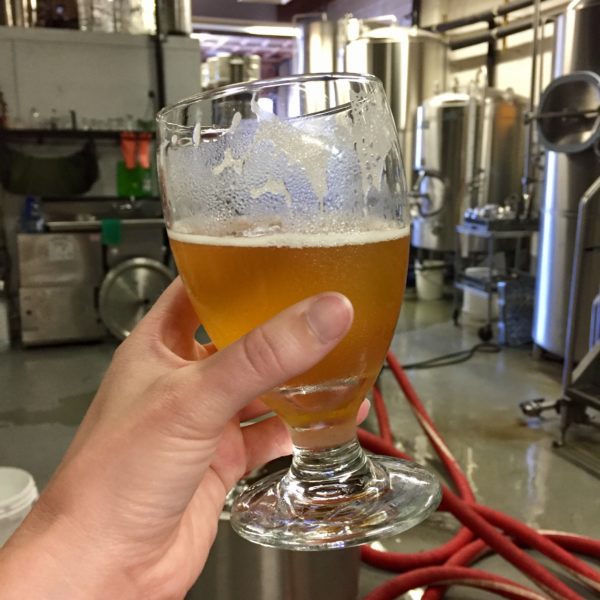 Cannabis and hops are natural allies. Portland-based Coalition Brewing isn’t the first to point out that the two share a common flavor profile, but they are the first brewery in Oregon to combine them in a commercially produced beer. The result is a complex IPA that has beer drinkers draining kegs so fast that Coalition can hardly keep up.

Coalition’s Two Flowers IPA is infused with cannabidiol (CBD), a non-psychoactive compound of the cannabis plant. Unlike many marijuana-inspired beers, Two Flowers doesn’t hit you with that strong, stanky bitterness. Rather, it’s light, citrusy, and refreshing—the kind of IPA you can drink all evening without getting a sour mouth.

Hops and cannabis, both members of the cannabaceae family, get their distinctive flavor from organic compounds called terpenes. “We wanted to make sure this wasn’t a gimmick beer,” says Phil Boyle, beer ambassador for Coalition. “We didn’t want to just toss CBD in and call it good.” The brewery worked with chemical engineer Bill Stewart of Half Baked Labs to develop a West Coast style IPA that plays to the strengths of both headliner ingredients. The light grain build lets grassy and citrus notes from the the cannabis products and Cascade hops shine through.

Coalition, which uses CBD from industrial hemp in order to comply with the OLCC’s ban on cannabis in alcohol, also wants to educate beer drinkers on the potential benefits of CBD. “It doesn’t show up in drug tests and it doesn’t get you high,” says Boyle. Research suggests that CBD may reduce anxiety and even reverse liver damage, though the effects are still understudied in humans. Anecdotally, Boyle says Two Flowers drinkers report relief from aches and pains as well as a reduced hangover the next day.

Two Flowers is available on tap primarily in the Portland metro area and southwest Washington. Coalition already has distributors set up elsewhere in the state and is working to increase production in order to expand into southern Oregon.