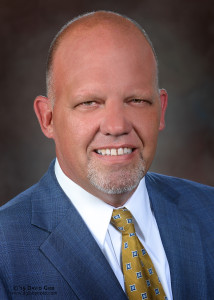 In early February 2014, teachers from the Medford School District went on strike. For months prior, teachers had expressed concerns about middling salaries and what they complained were poor working conditions. In a press statement the Medford Education Association president accused the school board of “playground antics.”

It was not a picture of a happily functioning school district.

For 16 days, the strike left some 13,000 students out of classrooms in the school district—the eighth largest in the state. By late February 2014, the strike was resolved, but the school district limped through the remainder of the academic year and, at its conclusion, its superintendent Phil Long retired. He had been superintendent for the previous nine years, including overseeing a district bond measure early in tenure. That bond collected nearly $200 million to completely rebuild South Medford High School and Lone Pine Elementary School.

But while facilities may have improved during the previous decade, dissatisfaction had begun to intensify from parents about what services were being provided, and frustration was simmering from teachers.

Shortly after the strike had been resolved, the Medford School Board voted unanimously to hire Brian Shumate as its new school superintendent—and, in mid-July 2014, Shumate took over at the district’s helm.

Shumate, a Kentucky native, did not rise up through the ranks in Oregon school districts, but instead is an outsider—and brought with him a hope that he can bring new ideas to southern Oregon, and shore up morale, and reboot the Medford school district.

“I had to get to know the systems and staff within the Medford School District and decide what is working well, what needs slight improvement and what needs an entire overhaul,” explained Shumate in an interview with the Messenger. “That assessment process has taken me most of the first year and I believe we are becoming clear on what are challenges are, what are opportunities are and the work ahead of us.”

For the previous 27 years, Schumate had worked in Kentucky’s public schools, including as the assistant superintendent of an urban district that includes Louisville.

In July 2014, Shumate began his term as the Medford School District Superintendent and this month, kicks off his second year. He comes from a school district where there are perhaps as many similarities with the Medford School District as there are differences. Louisville is a much more urban district than Medford, with a student body there roughly two-third students of color, but the economic struggles are very similar to those in southern Oregon—and, within that framework, Shumate has excelled.

During his tenure as the assistant superintendent in Kentucky, the four-year graduation rate reached 76.5 percent, far above national averages for economically disadvantaged students. Likewise, Medford School District mirrors those demographics, with roughly two-thirds of students receiving free or reduced lunches, a common indicator for economic disadvantages. Even more keen and troubling is a homelessness rate that has been estimated at nearly 10 percent of students attending Redmond public schools—a circumstance that often leads to instability and difficulties with consistent attendance. For example, an Oregonian study reported 35 percent absentee rates (students who miss more than 10 days each year) for junior and seniors for South Medford High School, well above the state average (22 and 27 percent, respectively).

Yet, in spite of those economic hardships and poor attendance rates, Medford North High and Medford South—the district’s two primary high schools—have moderately impressive on-time graduate rates of 78 percent, and above-average achievement scores. Over the past decade, reading skills have shown consistent improvement, raising from 79 percent in 2006 to 91 percent last year at South Medford; math skills have showed even better improvement, from a dismal 50 percent to 80. District-wide, though, math achievement rates remain at 68 percent, in spite of showing incremental improvements over the past decade. Moreover, district-wide on-time graduation rates remain exceedingly low, at 65 percent—a number below the state’s 68 percent rate, which ranks as the worst graduation rates in the country.

During his first year, Shumate primary focus seems to be assembling a new team and leaders. He rebooted much of the administration, reorganizing the central office cabinet and, something just shy of a coup, replacing four principals with new hires. More than 70 teachers also were hired, and so were what the district categorizes as “a significant number of classified and support staff.”

“Now that we have undergone internal structural change and people are settling in, we must look critically at our curricular and instructional initiatives to ensure that we have coherence and consistency across the district,” Shumate told the Messenger.

After one year in the position and at the start of his sophomore year, Shumate’s attitude is upbeat. In the letter posted on the school district’s website, the tone nearly echoes a pep rally.

“After serving for one year as your superintendent,” the statement begins, “I am more excited than ever about the terrific things that are happening in our district and about the potential that remains to be tapped. Our district can take pride in many noteworthy assets, the foremost of which is our people. We have great kids, great families, great community members and great staff members. We are poised to take the next steps toward becoming the ‘Premier School District in Oregon!’”

Those final five words are bolded and repeated several times throughout his letter.

Time will tell if enthusiasm can match results.