Has Craft Beer Gone Too Far? Friday Night: In Search of Authentic 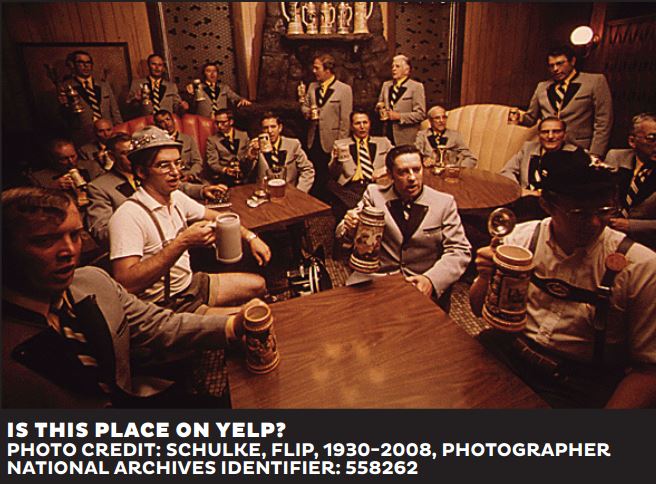 You heard about a cool bar at the Elks Club. And then you wondered, “is Craft Beer dead?” You care less about what is coming out of the taps than the vibe. Are bar-sitters absorbed in their screen universe, or do they move down a stool to make room for you and your valentine and opine on the state of the universe? Have you reached the point where you care more about the crispiness of the fries beneath the melty cheese than the IBUs, the ABV, or the hop sourcing? Does it feel like the time when rock ‘n’ roll had begun to suffocate under its pretensions—rock opera?—are you kidding, Pete Townsend?—before Modern Lovers and the Ramones and the Clash sent Prog Rock mercifully into oblivion?

You can’t get into the Elks; and you can’t afford the rents; but you can wander Ashland’s mean streets in search of authenticity. You dodge the luxury SUVs and the guitar-toting people with extremely large backpacks and venture into the dark confines of O’Ryan’s Irish Pub. Though the only thing that’s Irish is the faded flag on the wall, the Bud costs two bucks; there’s bluesy rock on the jukebox; and pool balls clack in the background. Not bad.

You try the Beau Club next, two blocks down, one notch down on the gloom meter. 25 percent price hike on the beer (damn PBR’s hipster cred!) but still affordable and chrome bar stools which would fetch 100 times the beer’s price at one of Ashland’s curated anthologies of collectibles and which, alarmingly, a fellow patron is hoisting above her head. Sipping your brew and philosophizing about the Beau Club’s antithetical-to-nouveau Ashland nature, you earn a fleeting epiphany: have the Harpoons, the Deschutes, the Lagunitas of the craft beer world become that against which they once rebelled?

You move on from the Beau, just in case someone decides to do more than lift the bar stools, and head for your final stop, Omar’s. Yes, there’s Caldera, Walkabout, and 10 Barrel (from Bend, land of multi-metric-prefix-breweries), but PBR and Bud on the same row, too. Omars is the Chuck Berry of Rogue Valley bars—eternal, electric, and legit. It’s good music (well, depends on who’s feeding the jukebox, but, that’s democracy); cocktail-liberated friends connecting; high-fives for new arrivals, hugs for the departing.

You Craft Brewers, is it time to get back to basics? Variety is amazing; technique, skillful—just like Yes, King Crimson, ELP, even Zeppelin. Yet, you are brewing beer, the drink of the people, of working men and women. Enough with the $5 pretzels, the $15 reubens, the snifters and flights. We crave connection, and we’re running out of money. Remember, you were taking on corporate beer—et tu, Craft Brew? Will your next concoction be Pinball Wizard?

Has Craft Beer Gone Too Far? Friday Night: In Search of Authentic