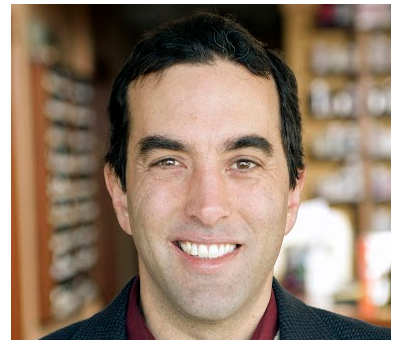 February is American Heart Month, which provides a great opportunity to discuss the most clinically effective ways to prevent cardiovascular disease.

Cardiovascular disease is the leading cause of mortality in the U.S. Heart disease and cancer combined account for almost 50 percent of all deaths each year and affect nearly 14 million Americans. This statistic is unfortunate as the risk factors associated with cardiovascular disease are imminently manageable. Here as some pointers.

This is a mostly plant-based diet which is high in fiber, whole grains, vegetables, and fruits.

There is particular emphasis on monounsaturated fats including olive oil and foods high   in EPA/DHA Omega 3s, which mostly encompasses fish.

Whole Grains: Carbohydrates should be eaten only in the complex form (as opposed to “simple” carbs). Examples are whole oats, brown rice, millet, buckwheat, barley, quinoa, amaranth, whole wheat, spelt, kamut and teff. These grains should be rotated such that no one grain is eaten more than twice a week.

Vegetables: These can be consumed in an unlimited amount, with special attention paid to dark leafy green vegetables. Strive to consume at least three “colors” of vegetables with lunch and/or dinner. One example might be to make your salads with mixed greens, steamed broccoli, shredded beats and carrots with a topping of pomegranate seeds.

Protein: Fish (salmon, sardines, rainbow trout) should be consumed as the primary source of protein, and poultry/eggs may be consumed in moderate amounts. Fresh salmon is an especially good source of healthy oil called eicosapentaenoic acid (EPA). Limit consumption of red meat to several times per month. Pork and shellfish is best avoided.

Oils: Olive oil is the principal source of fat, and can be added to salads. Aim to consume expeller pressed or cold pressed organic Extra Virgin Oil in its raw form. Salad dressing should be homemade or amended with olive oil and/or pumpkin seed oil.

Supplementation. Certain nutrients shift from being non-essential (the body makes enough) to essential (you need to obtain the nutrient orally) as we age, if we take medications such as statin drugs, if we make poor dietary choices or due to disease states such as heart disease and diabetes. These four nutrients would be highly recommended if cardiovascular conditions are a concern:

CoQ10: Coenzyme Q10 is found in meats and seafood. It is absolutely essential for proper mitochondrial function, which provide you with energy. Given that the heart is an energy demanding organ, CoQ10 is especially important for those with heart disease. Low levels have also been found in those with Alzheimers disease and Parkinsons.

Magnesium: Magnesium is concentrated 18x higher in the heart muscle than in the bloodstream. It decreases coagulation and acts as a calcium channel blocker (a class of drugs used to lower blood pressure). In these ways, it helps the heart to pump more efficiently.

L-carnitine: Several studies have demonstrated that carnitine improves angina and ischemic heart disease.  Carnitine also lowers triglyceride and cholesterol levels while increasing HDL levels. This nutrient has also been shown to help prevent loss of mitochondrial function due to aging.

Hawthorn: The cardiovascular benefits of this herb are too numerous to address here. To name but a few of its qualities, it has blood pressure lowering potential when used long term, it has significant antioxidant capacity, it lowers lipid levels, it increases blood flow to the heart and it dilates blood vessels. If finances restrict you to obtaining a single nutrient, make hawthorn your choice.