Gray Areas of Marijuana Legalization to Pay Special Attention To 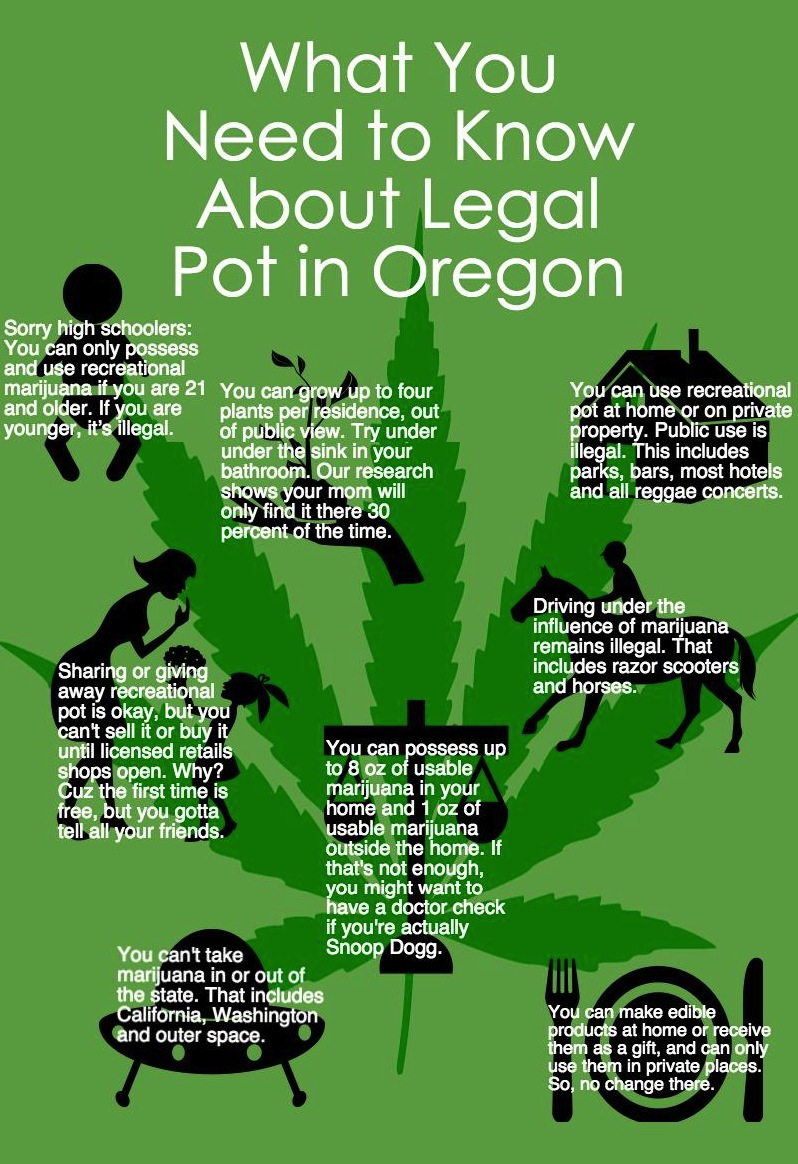 Along with marijuana legalization comes conflicts with existing laws outside of the usual spectrum.  Home growers and recreational smokers are largely in the clear now, but students and drivers may be scratching their heads about how toking up can affect their daily lives. Here’s several gray areas to be aware of the new laws.

While responsible smokers should realize when they are too stoned and need to pay the extra couple bucks for pizza delivery, that tragically isn’t always the case and DUI laws are being adjusted to catch stoned drivers.

Lawmakers are working towards a solution to stop drivers from operating vehicles under the influence but some of the proposed action is a bit more intrusive than saying the ABC’s backwards or standing on one foot. Oregon House Bill 3170 would give officers the consent to perform blood tests on all drivers they suspect as being under in the influence.  While this bill hasn’t gotten much momentum in Salem, Colorado and Washington already have laws that give officers the ability to administer blood tests to anyone who gets behind the wheel.  Oregon will rely on officers’ own judgement when determining if a driver is high. This could prove problematic as high fines, license suspensions and even jail time could ride on how the driver speaks to an officer or the officer’s biases, instead of objective factual evidence.

As of 2012 it was recorded that financial aid helps 83 percent of college students pay for tuition at four year universities.  Bad grades and mishandled paperwork are some of the main reasons that students lose their financial assistance, but first offenses of drug possession or sales can put a ban students’ aid for years at a time.

With decriminalization comes questions about students who have been charged with these penalties. Are students who are currently ineligible for aid because of weed convictions going to be cleared? What about students not from Oregon who were convicted in their home states?

It’s another area in which the law is still evolving.

“If the student has a conviction for an illegal drug (while receiving Federal financial aid), it may impact their eligibility,” a representative of Southern Oregon University’s financial aid and enrollment services told The Messenger. “Whether or not their FAFSA is impacted will depend on the law in the state in which the incident occurs.”

FAFSA is a federally funded program but handles drug convictions on a state to state basis.  Factoring into penalization is the number of offenses committed in correlation with whatever the state’s law is at the time of the incident.

Weed in the workplace also comes into question as many companies require urine samples. For those employers, clocking in stoned will be treated the same as being drunk on the job.  People looking to pick-up work should still pass instead of puffing, even after July 1st, since many employers will continue testing in their workplaces and since weed is still illegal at the federal level, totes square bosses will have no problem dismissing workers whose piss tests positive.   Just this year, a Colorado Supreme Court ruled in favor of Dish Network’s decision to fire a quadriplegic employee who tested positive for marijuana.  Brandon Coats has had his medical cannabis license since 2009 but was fired from the satellite provider after testing positive for THC which violated the company’s policy.  Oregon’s laws contain a similar gray areas. Though it is legalized for recreational use, workers need to be aware that the law change doesn’t protect them from company policy and even off-hours violation can still result in termination.

If you have an interview coming up and were unaware that you could still jeopardize a job by smoking, I’ve been told that exercise and constant hydration can help get THC out of your system.   Apparently, in high school there was a kid who stood by with cranberry pills to sell when students were selected at random to be tested. Cranberry pill peddling itself could even become a part-time job as the  fruit concentrate has been proven to help many other health related problems aside from unemployment.

A number of different tricks and remedies to get clean are available across stoner websites but The Rogue Valley Messenger can’t speak to the credibility of these concoctions.

Gray Areas of Marijuana Legalization to Pay Special Attention To