GO HERE: The Serpentine Specialty of the Siskiyous 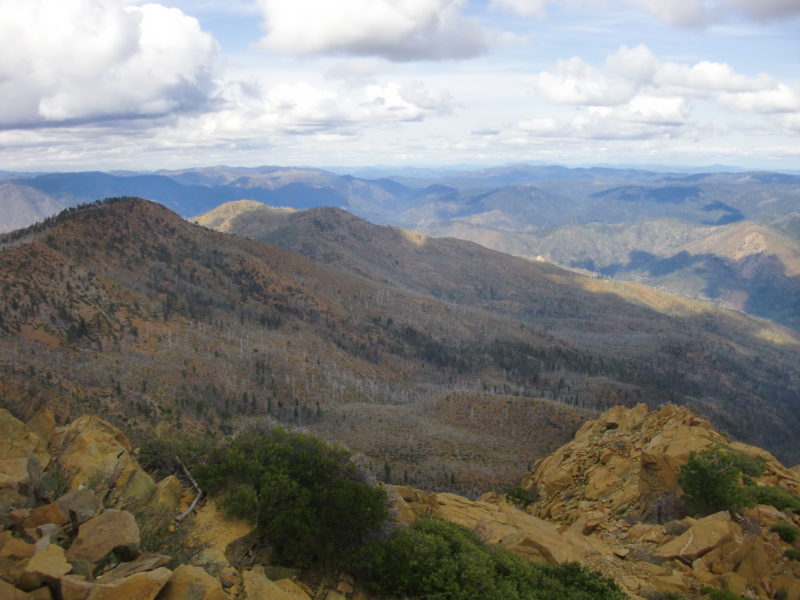 The Siskiyou Mountains, the northern portion of the greater Klamath Mountain Range, is a great complexity of geologic landscape, and look deeper, a geologic wonderland of local rock types and landforms.

Millions of years of the ocean’s tectonic plate slamming into the continental plate has created a mashed-up, complicated, and diverse landscape—ask local geo-botanist John Roth at the Oregon Caves National Monument, and he’ll tell you that it’s like the Siskiyous have a fat ass. (Make of that what you will.)

Perhaps the most notable of the many rock types is serpentine, so called because its green scale-like surface, originated from the ocean’s crust. This type of rock migrates across the ocean floor along with the tectonic plate as it moves. The largest area of this rock type in North America is found here, known as the “Josephine Ophiolite” found between the Pacific Coast and Grants Pass. Look for this rock at Rough and Ready Creek, or Eight Dollar Mountain in the Illinois Valley or climb high in the Kalmiopsis to Babyfoot Lake or Pearsol Peak. The best time to go is in the spring or fall, since shade is scarce on these open rocky landscapes—commonly referred to as Serpentine Barrens.

Want to learn more about some rockin’ (sorry) alpine hikes around the greater Klamath-Siskiyou region? Join me for upcoming talks “Peakbagging in the Klamath Siskiyou.”

Peakbagging in the Klamath Siskiyou

GO HERE: The Serpentine Specialty of the Siskiyous