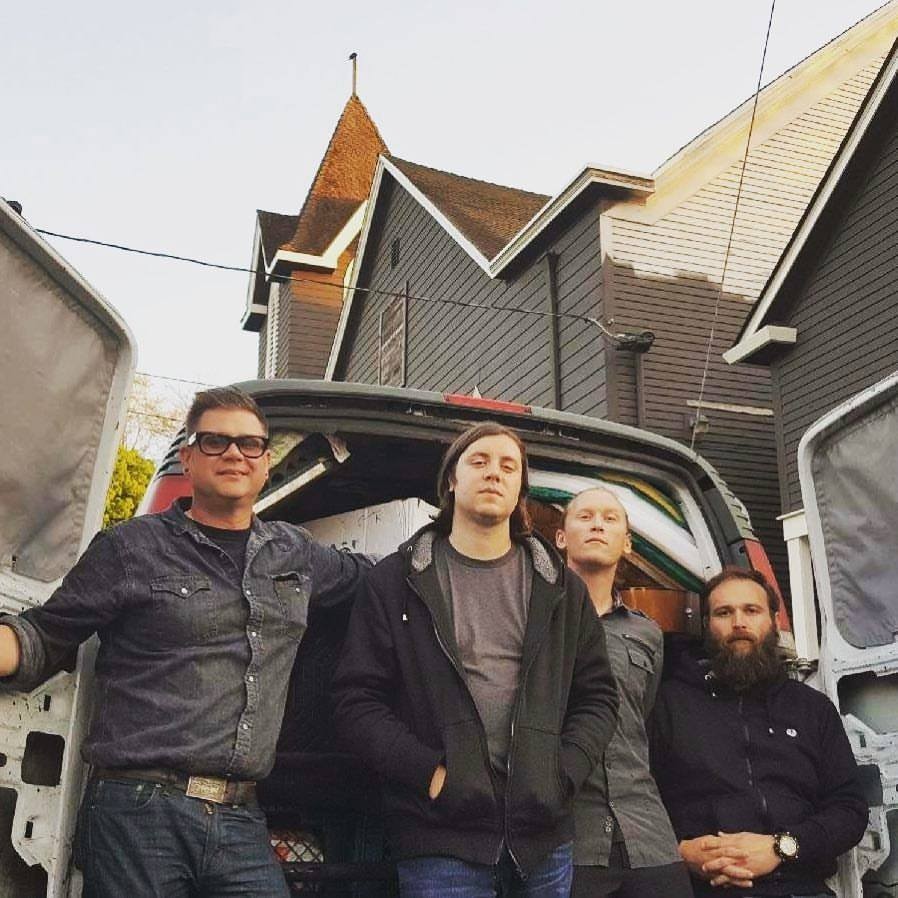 It is said those who ignore history are doomed to repeat it. But fans of Sacramento’s Ghost Town Rebellion, playing at Howiees on Front on July 21, have nothing to worry about. Because while they are tossing back drinks and cuttin’ rugs, they are also getting a history lesson—whether they know it or not.

Singer/guitar player Shawn Peter has been a Historian for The Sacramento Downtown Partnership since 2000. Three years ago he decided to combine his love of music with the encyclopedia of Sacramento history inside of his head. And ended up with a sound that has been described as grit-rock by the local Sacramento press. After multiple lineup changes they have finally settled down as a four piece with Jacob Crain on bass, Steven Martin on drums, and Mike Shively on vocals and steel-guitar.

“We’re on our third line-up,” says Peter. “This lineup has been together for about three years, so this is the final lineup. Mike and I have been in bands together on and off for over 20 years.”

Ghost Town Rebellion have been to the Rogue Valley before and are eager to come back. From their experience, the crowds in the Rogue Valley go wild for out-of-town bands. The scene in Sacramento is vibrant, but with so many bands it is harder to make your mark.

“The music scene here is saturated,” says Peter. “You really have to stand out for people to notice. There, the response is tenfold.”

Ghost Town Rebellion have a string of dates across the west coast this summer and are considering a European tour.

“We have a bunch of Northern California and Nevada dates in December and possibly a European tour next year,” says Peter. “We are checking into it, to see if it’s financially viable. If we can break even we will do it.”

This fall they will head back into the studio to finish their latest album, Silver and Gold. Up to this point almost all of their songs are about Sacramento history. But with this latest project, they have started to branch out into other areas of historical interest.

“It’s about California, Western Nevada, and the Comstock area,” says Peter. “California is the gold state and Nevada is the silver state. I have my own studio so I do all of the producing and recording. It’s called the decompression chamber.”

Ghost Town Rebellion are the epitome of a DIY band. And it is their innovation and work ethic that attracted No Pants Records, run by Matt Danger. In addition to being signed the members have decided to license their music, sans vocals, in order to gain even more exposure.

“They want to see bands that are self-sustained like us,” says Peter. “With the label we are getting reviews and selling songs to song trader. People are starting to pay attention.”

“We made a deal with song trader for a couple of songs,” says Shively. “They do commercials and film scores. The plan is people will hear the music and then read the credits. And want to find out where it came from.”

But more exposure means more work and Ghost Town Rebellion are ready for the challenge.

“It’s increased 300 percent in the last year,” says Shively. “It’s really exciting and exhausting. They say the real work starts when you start to get successful, and we are finding that to be true.”