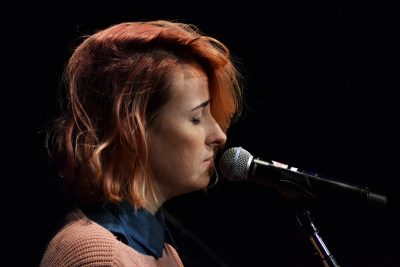 rom YouTube to the stage to music, everyone starts somewhere before their success. For Tessa Violet, it was Ashland, Oregon. As a famed YouTuber and vocalist, the Pacific Northwest native has fostered her talents and expanded them internationally.

What began as video blogs about various topics such as music videos and personal stories––released under the name Meekakitty––has garnered over one million subscribers on YouTube. With such laid back and comedic content covered in her videos, it’s evident that connecting with her audience is important to her.

In an interview with CelebMix, she says, “I love the unique way YouTube, or video blogs in general, let you connect with people. When I graduated high school and moved away from my hometown I was really lonely and YouTube and the people I watched on YouTube were a lifeline for me. It’s still such a great place for people who feel different or lonely at school or in life to find other like-minded people. It’s a privilege to get to be a part of the community. I’ve met many of my closest friends through YouTube.”

She’s open with her fans about her struggle with anxiety, creating a vulnerable and accepting atmosphere at her shows and in her work. For one of her performances at Berklee College of Music’s Red Room at Cafe 939, Hafzat Akanni quoted her in the Daily Free Press as saying to the audience: “You are the first and last you who will ever live in history. You are beautiful, you are lovable, you are likable, and you are unique.”

Violet’s most popular video on YouTube is “Love Like a Love Song – Selena Gomez & The Scene” with over eight million views. The parody music video was made with other YouTube star Mitchell Davis, showing a young woman’s (Violet) obsession with an unavailable man (Davis), which drives her to murder. Other topics on her video blogs cover topics such as “How to apologize,” “Guess the Song,” and the Mario Kart theme song.

She said in the Daily Free Press, “I’ve been singing since as long as I’ve had a voice. All I needed to do was get better.”

Violet’s work improves in quality musically and lyrically in a follow-up EP titled Halloway in October of last year. Writer for We the Unicorns Liam Dryden said about the song “Dream” from the EP, “Tessa released the audio for her new single ‘Dream’ earlier last week, and we all fell in love with it. But we were absolutely floored by its accompanying video.”

Directed by Isaac White, the video experiments with multiple visual effects, like Violet singing through a frame hanging in the center of the shot in the woods, where the viewer can only see her head and shoulders. Other effects show something like colorful smoke filling up her profile. The video fully represents her eccentric creativity, and the music matches it perfectly.

Violet’s videos and music are vulnerable and truthful. In one of her more recent video blogs titled “what is love?” she says, “To me, if you’re not being honest with someone, you’re not being kind to them.” Being kind to her fans are clearly a priority to her, and her music simply proves that fact further.

To check out her music and videos, go to youtube.com/user/meekakitty.