From Melancholy Breakdown to Phoenix Rising from the Ashes: Greg Goebelt’s Downward Spiral is the Theme of St. Sebastian’s Debut EP 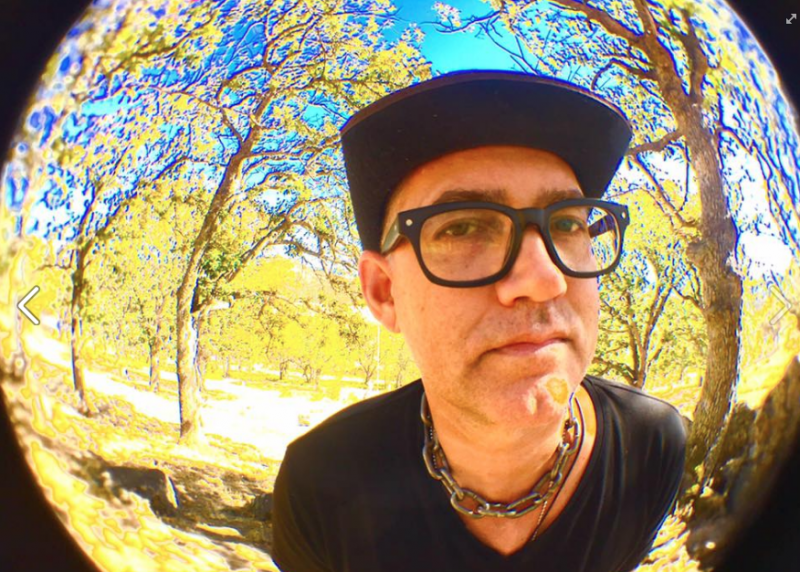 About ten years ago, Greg Goebelt was battling an aggressive autoimmune disease which rendered him basically immobile. He stayed in bed for several months, depression and despair gripping his very core as he wondered what the future held for him. Goebelt was desperate for something to motivate him to get past this prison-like existence. He turned to writing music again and the results were met with great support and encouragement from those closest to him, who said that for the sake of his soul he must complete his project. One of the last things Goebelt’s father said to him before his father passed was “finish the album.” (The track “Libertine” is dedicated to his father’s memory). Inviting several guest musicians to join him, recording started and the outcome was Melancholy Breakdown, which Goebelt says is about a “fall from grace” or what it feels like as a society to lose things. The EP came out in January–and is keen in its timeliness.

Despite the title and lyrics, which are mostly about struggling with mental illness, betrayal, grief and loss, the album is surprisingly powerful and uptempo, with only a few exceptions. In fact, there were times when I wished the quiet, heartfelt and beautiful moments would have been held onto a little longer before the crescendos leading to full scale rock ensued.

Goebelt proves to have a flare for the dramatic, such as the slightly dissonant guitar reverb that leaves the listener in suspense at the end of “Centipede Girl.” For the single “Down (Don’t Let the Bastards Grind You Down),” shuddering strings, mysterious synth soundscaping, and soft cymbal taps help provide a sinister opening followed by titillating guitar reverb punctuated with bass drum beats that build the intensity of the song.

One of my favourite tracks on the album is “I Don’t Know,” with the sad lyrics “the cards we tried to hold up have fallen once again.” It starts out sounding like a distant arena rock anthem, making me feel like I’m heading into a stadium when I’m already late for the concert. Ultimately, this song addresses the cliche and flippant response of “it’s all in your head” sometimes given by those who don’t understand mental health challenges; Goebelt is expressing his frustration and confusion with this ignorance and dismissiveness.

Initially, hearing this album reminded me of when I used to listen to the guys from The Proclaimers sing their hearts out about walking 500 miles to prove their dedication to true love. At first I chuckled a little at the slightly earnest emotional display, but I was soon won over by the genuine lyrics coupled with great vocal hooks.

Even the historical cover art for the EP is somewhat eerily connected to today’s world crisis situation. Goebelt has been intrigued in cemetery art for years; the cover is his photo of a Jacksonville, Oregon cemetery statue dedicated to the memory of two children who passed away in 1895 from the smallpox epidemic. Goebelt says in one of his youtube videos that this EP is about “humankind and the struggle we sometimes go through….and get through.”

Melancholy Breakdown by Saint Sebastian is available on Spotify and other major online and streaming platforms.

From Melancholy Breakdown to Phoenix Rising from the Ashes: Greg Goebelt’s Downward Spiral is the Theme of St. Sebastian’s Debut EP