From Beach to Beyond: King Ghidora’s Chilling Take on Surf 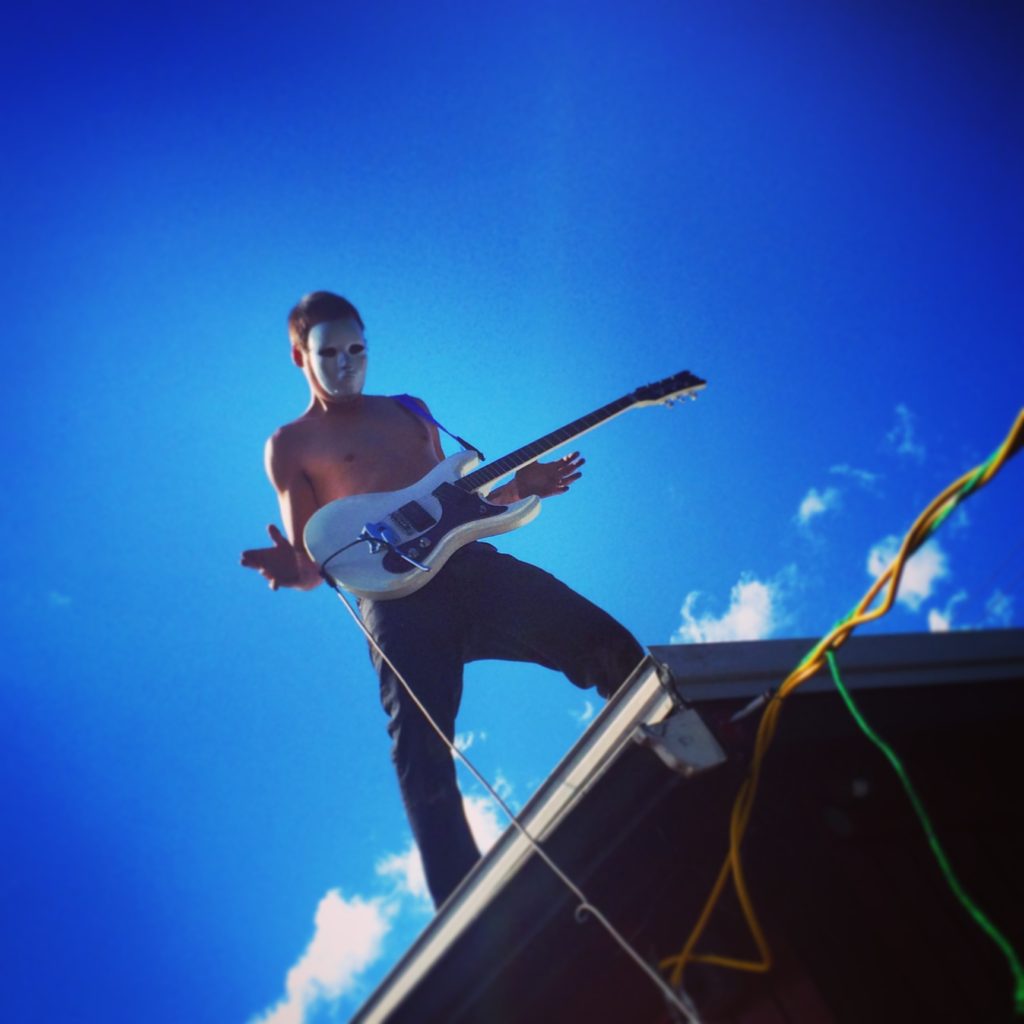 If conspiracy theorists are to be believed, extraterrestrials have been infiltrating humanity for decades on a campaign to brainwash the masses. Unfortunately, it looks like Viacom has beat them to it. However one group of intergalactic travelers, King Ghidora, have decided the best way to achieve that end is to weaponize the innocuous musical genre of surf-rock, and they will be beaming up specimens for probing on Wedn., September, 21 at Johnny B’s in Medford.

King Ghidora—named after Godzilla’s formidable frenemy—are a high-energy four-piece instrumental from out of this world (aka, McMinnville). The masked quartet produces chilling science-fiction/horror grooves for an eccentric take on the classic surf genre.

“In the time period in American culture when that sort of stuff was abundant, it was—and I don’t want to say ‘the punk rock of that time’—but it was still kind of an obscure thing,” says guitarist Mark of Mars. “I don’t know why the sci-fi and horror thing came in but it just works really well. It might be that in the time period when both of those things hit American culture, it just went together like chocolate chip cookies and milk.”

King Ghidora’s sound is informed by an overarching sci-fi concept brought to life in their live shows. Inspired by groups like Man or Astro-Man and close friends Daikaiju, performances play out with heavy emphasis on audience participation.

“We brought the masks into it and this idea that we’re from Planet X,” says Mark. “It just started to take on a life of its own. The whole space traveler concept is also sort of a quiet statement about society in general. All of us in the band as normal guys are somewhat at odds with the things going on in everyday society and I think the idea that we’ve kind of come to earth to save mankind from itself is sort of an inside joke we have.”

Though King Ghidora is unabashedly bent on global conquest it seems an admirable goal. With the band shoving off on their longest west coast tour to date, submission to our future galactic overlords is the only viable course of action.

“We figure if we can land our spaceship in a small town, put on a 45-minute set of high energy fun music—then maybe for that forty-five minutes that we are there we kind of conquered the world,” says Mark. “Because everyone’s having a good time, no one’s going to get hurt, they’re no political infringements, and we are in charge for that small time.”

If that’s the case, then come September 21, they’ll be ruling Medford with a mighty twang. All hail King Ghidora.

From Beach to Beyond: King Ghidora’s Chilling Take on Surf