Freedom In More Ways Than One: Whetherman at Oberon’s 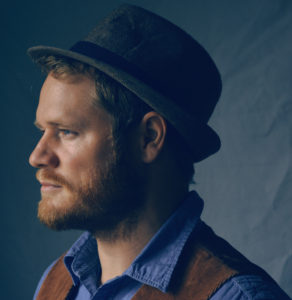 Whether signed onto a label or pursuing music independently, the life of a touring musician requires an incredible amount of hard work—not to mention talent. But solo artist Whetherman almost makes the independent musician’s life look easy.

“I think the largest struggle I have been dealing with is time management,” he says. “Being disciplined to make your own business hours, juggling several tasks at the same time, trying to stay on top of what is priority is all very difficult.”

Whetherman, aka Nicholas Williams, will be bringing that time-managing juggling act to Oberon’s in Ashland Saturday, September 3. The show is part of his Autumn Calling Tour, which began in Sacramento and will carry him through much of the Pacific Northwest. Whetherman tours extensively, and for long periods of time. That heavy schedule may come with challenges, but he’s also been able to reap the benefits of creating music and sharing it with others in various areas of the world.

“I’m currently living out a dream that I set out to accomplish a long time ago,” he says. “There’s not many things better than that.”

He started out in 2007, creating original folk and americana music. He is now nine years, seven albums in, and has toured throughout the U.S. and into Europe. All of this Williams has done without signing onto any label.

“It would take a very special label at this point to be able work with me,” he says. “I don’t say that just because I would be difficult to work with as far as giving up creative control…but also because a label doesn’t want a person like me…I’m at the point now where I am fit to select people that I trust working with to fill positions that would be offered by a label.”

Whetherman’s work has been described as “sunny, soulful music that is irresistible” by the Indie Music Review. BBC Radio characterizes it as “completely beautiful. An absolute delight to the ears.”

For the show at Oberon’s, he hopes the audience finds “something that was said, sung, or some chord played that relates to them. That can be anything from feeling comfortable and safe, to happy, to reflective, to hopeful, to inspired. I hope everyone walks away with something that is intangible and positive for them.”

Freedom In More Ways Than One: Whetherman at Oberon’s