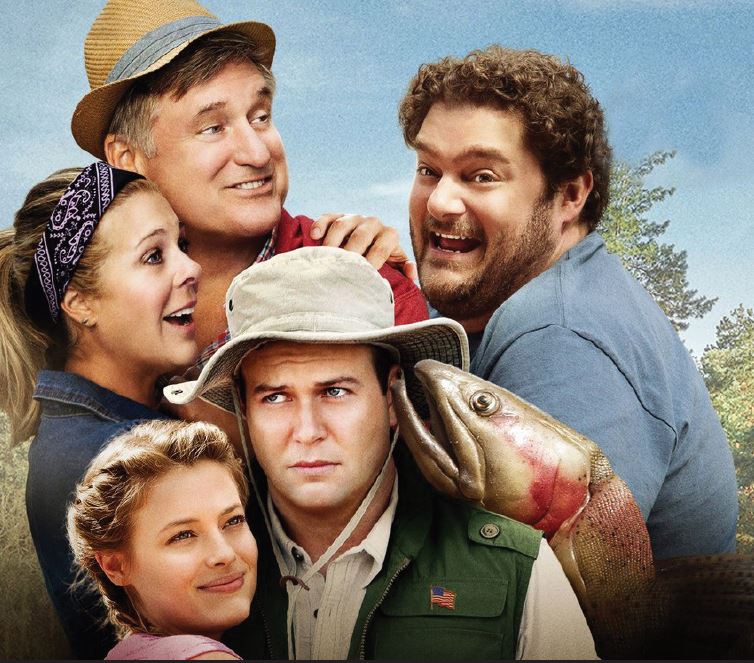 Winter is the perfect movie-watching season. Cooped up indoors, sipping hot cocoa, and finishing off the holidays’ delicious leftovers, a movie fits snug with any evening.

Consider adding the new heartwarming comedy Brother Nature (directed by Oz Rodriguez and Matt Villines) to your watch list this season. Taking place in Trout Lake, Washington, it was filmed mostly in Klamath Falls and Lake of the Woods, showcasing the deep green landscape shrouding the beautiful blue lake.

Taran Killam (Saturday Night Live) plays Roger Feller, a politician in the midst of running for Congressman. His girlfriend Gwen Turley––played by Gillian Jacobs (Community)––is supportive, beautiful, and comes from a happy, close-knit family who they’re spending their vacation with. After receiving her parents’ blessing for marriage, Roger plans to propose to the girl of his dreams. The setup is a dream come true, with no obvious signs of a disruption.

Until Roger meets Todd Dutchman––played by Bobby Moynihan (Saturday Night Live)––who is Gwen’s sister’s boyfriend. Todd is loud and invasive, yet charismatic. A character who is clearly Roger’s foil, the story is somewhat predictable, but nonetheless charming. This isn’t the first comedy about character conflicts resulting in a fist fight, rash words being thrown around, and relationships severed, (and mild spoiler alert) only to be redeemed in the final act.

The humor isn’t forced, but natural and delivered by seasoned actors who understand comedic timing. Moynihan plays a great obnoxious relative who is simply ecstatic to be accepted by this loving family. He’s down to earth, but he’s also intense, which directly contrasts Killam’s reserved character. Roger wants to fit in with Gwen’s family as easily as Todd, but makes it difficult for himself when he accidentally kills the town’s beloved trout Gill and shoves cousin Spencer from his path in an effort to save himself. When the ring Roger bought for Gwen sinks to the bottom of the lake, his distaste for Todd solidifies. When Todd and Gwen’s sister embark on the fairytale date Roger planned for Gwen and himself, his distaste turns to delusion. Believing Todd is sabotaging his plans with Gwen, Roger turns against the entire family, saying things he immediately regrets and ending his vacation early by going back to the city to begin his campaign.

While the movie isn’t vastly different in terms of characters from other films like The Proposal or Meet the Parents it is genuinely funny. A classic double act, like the one between Roger and Todd, is enough to strengthen any comedy. Another essential component is a strong cast, such as Bill Pullman (Independence Day), Rita Wilson (Sleepless In Seattle), and Rachael Harris (The Hangover).

The cabin at Lake of the Woods is enough to spur nostalgia in anyone who’s spent his or her summer boating on or biking around the lake. Brother Nature represents the area beautifully, even if the story doesn’t literally take place in Southern Oregon.