Home»Screen»Exposed to the Darkness: Obscura is Sure to Make You Squirm
Screen

Exposed to the Darkness: Obscura is Sure to Make You Squirm 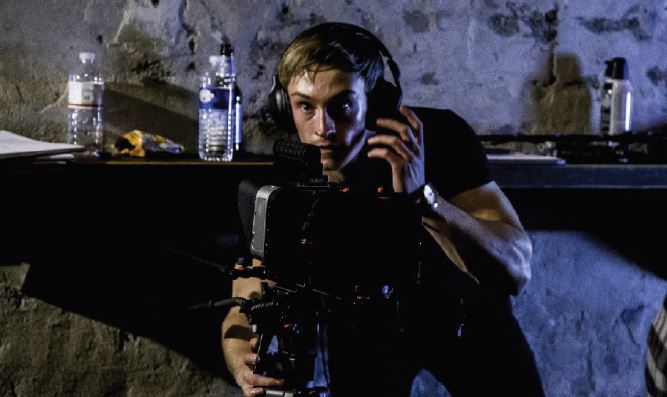 At the close of a long and exceptionally gray winter, Rogue Valley residents may feel they have a whole new understanding of the word “dark.”

Robert Preston gets it. In fact, it may be safe to say that the weather plays a character of its own in his new locally produced film, Obscura.

“Growing up in Oregon, I know the low light, the ghostly feel we get sometimes,” says Preston, who spent his formative years in Oregon City before relocating to Los Angeles and then New York to pursue a childhood acting and modeling career. “I felt Medford was the perfect setting for a psychological thriller,” he says. “If I made this film in California, it would not have the same feel.”

Although Preston and his partner, Andrew John, spent their high school years producing short films, this is their first feature-length project. Together with a team of three other locals, they came up with the story, figured out how and where to film it, found the acting talent, and put it all together with impressively professional production quality.

Without a big Hollywood budget, Preston and his team were not shy about asking for help from community members, and they found that everyone they asked was more than happy to step up.

“We had a lot of volunteers who just wanted to be part of the film in some way,” says Preston. In Hollywood, he notes, a large part of film budgets go towards paying for filming locations and extras such as cop cars and crime scene props.

“Eagle Point Police Department lent us their police and crime scene units,” he says. “That was a huge savings.” Other key scenes in the movie were filmed in the Mail Tribune printing rooms.

Watching the preview for Obscura, which is available on the film’s Facebook page, one gets the impression that the characters are operating from a gritty metropolis.

“I don’t know why, but Medford just feels that way to me sometimes,” says Preston. “It really helped bring the film to life in a way that other cities would not have.”

The plot centers around a young photography student, played by John, who discovers strange rolls of film. The images evoke crime scenes, only the crimes have not been committed yet. John’s character finds himself playing the role of investigator, though he is not a detective—a fact not overlooked by the cops charged with solving the crimes.

“It’s dark, it’s strange, it’s uncomfortable a lot of the time,” Preston notes. “The main character is not a hero, necessarily.”

Not wanting to give away too much of the story—it’s a mystery, after all—Preston only will reveal that there’s “quite the twist” and that viewers will walk away still trying to wrap their minds around the whole thing. The full footage was not available at the time of this writing because of an unexpected stroke of luck for Preston and his team. Another producer had stepped forward to offer professional sound editing by Paramount Technicolor studios.

“It’s going to take the film to another level,” Preston promises. Although he and his team pride themselves on having done all of their own editing out of their studio in Jacksonville, he says that he’s happy to hand sound engineering over to the pros. “It’s going to sound like the movies you usually see in theaters.”

The pitter-patter of rain on the asphalt at a fresh crime scene; the echo of footsteps on concrete as they pass by the menacing presses; the drip of developing fluid as another image fades into terrifying recognition—Preston has captured a huge range of tantalizing sounds, and they will certainly help to wrap the audience in the story when the full film premiers.

As the spotlight of spring turns to the Rogue Valley, those who can always find a moment to appreciate darkness should keep an eye on Obscura’s Facebook page. Preston expects the film to premier at a Medford location in May.

Exposed to the Darkness: Obscura is Sure to Make You Squirm