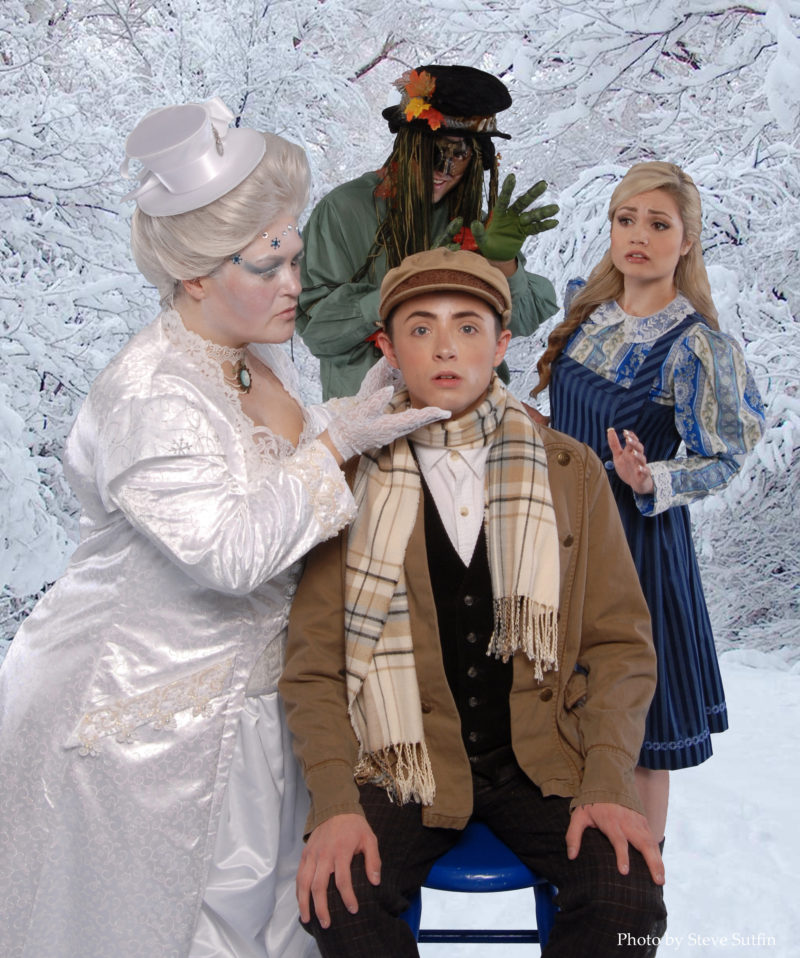 Finding ways to set oneself apart in a creative community is daunting.

But for the past year, the relatively new Collaborative Theatre Project has been doing everything it can to turn heads and both join the theater ranks in the Rogue Valley, and simultaneously be its own thing—and will continue to do so with its opening production of The Snow Queen Saturday, November 26.

“Most community theaters stay within the structure in the building,” says Susan Aversa-Orrego, director of The Snow Queen and Founding Member of CTP. “What we look at is that there is an opportunity to do a little bit different type of theatre than has been done locally, and also going out into the community.”

Not only has the company been putting on productions consistently since it opened, but it’s brought them to specific communities in the Rogue Valley by going to them. Last summer the company performed You’re a Good Man, Charlie Brown as a “Theatre in the Parks” production in partnership with Medford Parks and Recreation.

“We’re doing old-time radio plays,” says Aversa-Orrego. “We actually just did a performance of one of them at the Rogue Valley Manor. That is a genre that’s very, very comfortable, for more mature audiences. We’re doing those in house and we’re also taking those out to the community.” She adds they especially bring performances to places where people can’t travel very far. “Really, our goal is to become fully integrated into the community.”

When RCC cut its theatre budget and with limited theatre possibilities for younger students interested in theatre, Aversa-Orrega wanted to create a theatre outlet available to anyone. CTP offered an acting for the screen workshop, and in the future will offer more workshops including directing, design, technical arts, and acting.

“Basically all of the disciplines in the performing arts. We’re trying to establish slowly, kind of a conservatory approach,” she says. “All of us that work together on this had a very strong desire to do a complete theatrical educational offering to the community. It’s not a project of one person. It’s everyone’s desire to expand their range.”

Something the members of CTP decided early on was not having large-cast musicals. The Snow Queen is comprised of a small ensemble cast, and Aversa-Orrega is very eager about the performance.

“The music is wonderful and the script and the score are just a joy,” she expresses. “I think this is the type of show that children and adults will fall in love with.”

The Snow Queen first premiered in 2013 at Triad Stage in North Carolina. The musical is based on the 1884 fairytale of the same name by Christian Andersen and also inspired the Disney film Frozen. Although the story doesn’t bear obvious Christmas themes, Aversa-Orrega believes it’s the right fit for the season, adding “because it really is this time of the year, it’s a perfect production for the holidays.”

In terms of CTP’s take on the musical, Aversa-Orrega says, “Every time someone else directs a show it’s always different. You don’t change the script or the score, but you shape it according to how you see the play. We hope that it showcases our work in a strong and positive light, and we hope that it encourages others to look for new and exciting materials presented to the public.”