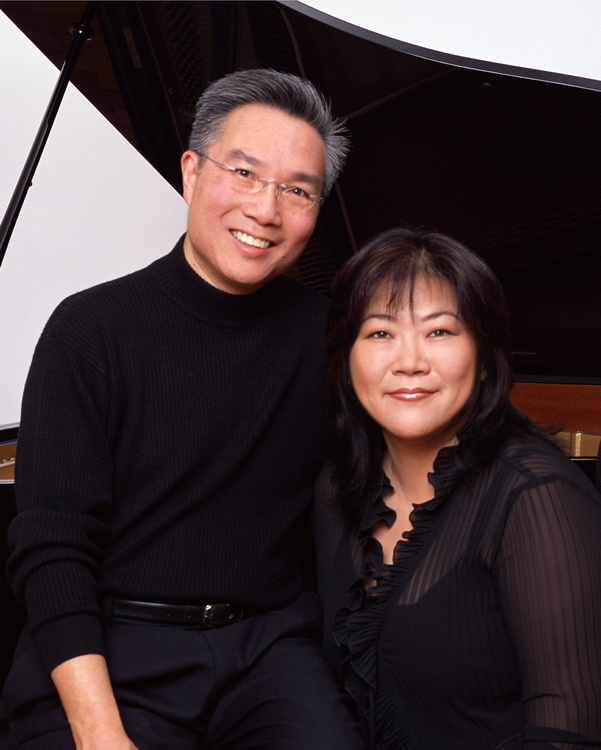 Angela Cheng and Alvin Chow will be the featured guest pianists, during the December concert of the 10th Anniversary Season of the Tutunov Piano Series.  The duo -piano performance will include selections from Brahms, Dvorák, Copland, Hirtz, Milhaud, Debussy, and Ravel during the celebratory concert.

Consistently praised for her brilliant technique, tonal beauty, and superb musicianship, Canadian pianist Angela Cheng is one of her country’s national treasures. As a native of Hong Kong, Ms. Cheng was the Gold Medalist of the Arthur Rubinstein International Piano Masters Competition, as well as the first Canadian to win the prestigious Montreal International Piano Competition.

Alvin Chow, a native of Miami, Florida is well-known as a chamber musician and has appeared throughout North America and Asia as an orchestral soloist and recitalist. Chow made his debut at age 13, and is the winner of the Concert Artist Guild International New York Competition, a silver medal and audience favorite prize at the Gina Bachauer International Piano Competition, and is the winner of the Palm Beach Invitational Piano Competition among a long list of other awards.

Ms. Cheng and Mr. Chow are both artist-faculty at Oberlin Conservatory of Music and perform extensively in duo-piano recitals together, and with Alvin’s twin brother, Alan.

This is a live concert – and patrons must agree to pandemic protocols including mask wearing and proof of vaccination status at the door. To purchase tickets go to sou.universitytickets.com

Oregon Center for the Arts at Southern Oregon University