Poirot is Coming to the Oregon Cabaret 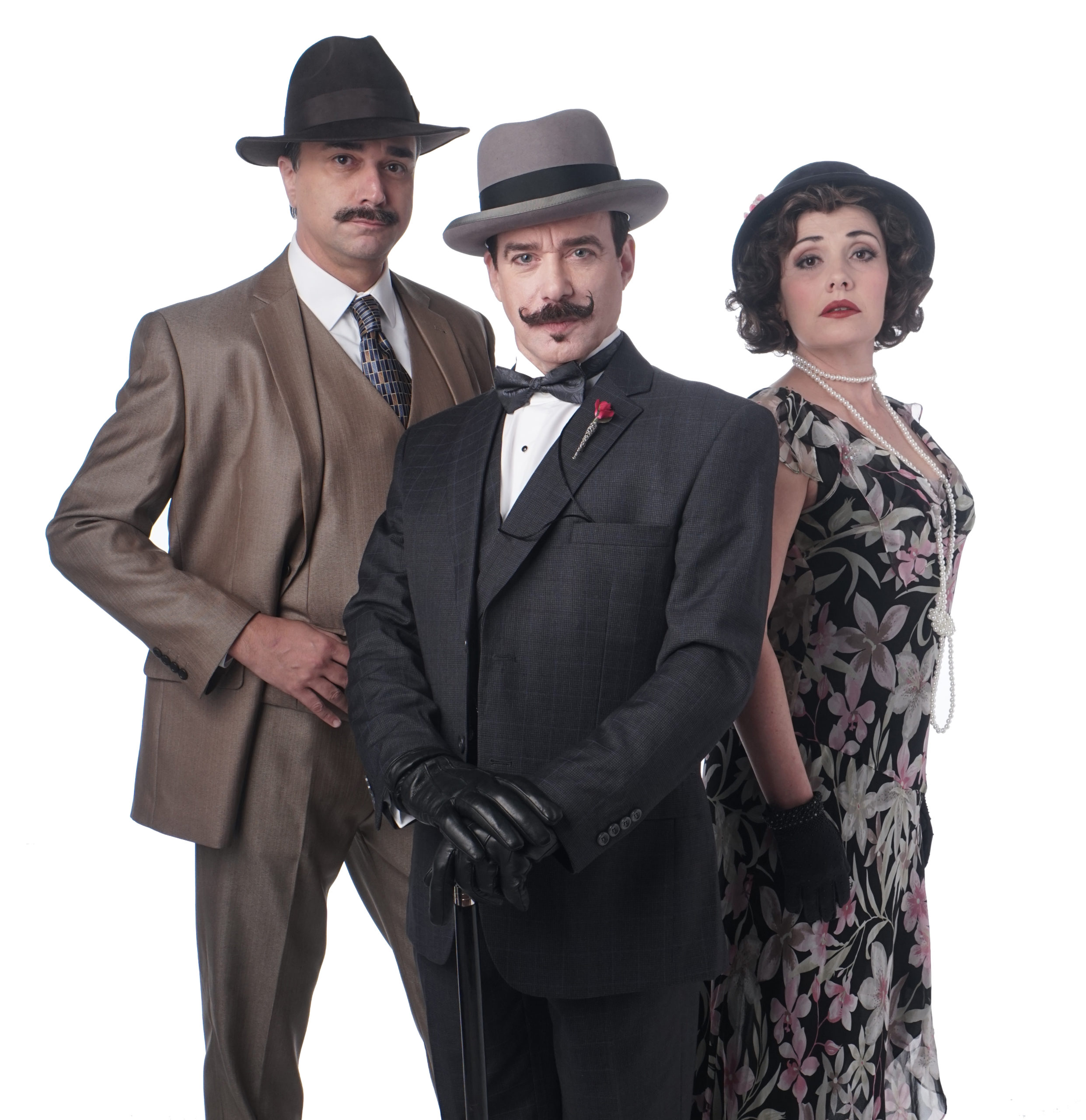 Poirot: Murder on the Links Opens at the Oregon Cabaret on 9/16

Poirot arrives in France to find his client brutally murdered and lying face down in a shallow grave on a golf course in a coat too small for him and a love letter from a mysterious woman in his pocket. Before Poirot can get to the bottom of why, the case is turned upside down by the discovery of a second, identically murdered corpse.

“This is a real gordian knot of a mystery – one of Agatha Christie’s most fiendish,” says adapter Rick Robinson. “The relationships in this novel are also really well drawn – it has conflict between Poirot and his faithful ally, Captain Hastings, and a romantic storyline for Hastings as well. I think the main draw for audiences is the mystery and to see these characters come to life in our intimate space, and Louis Lotorto, who plays Poirot, and Galloway Stevens, who plays Hastings, are really just doing incredibly detailed, brilliant work.”

The Oregon Cabaret has updated its mask and vaccination policy for the remainder of the 2021 season which includes:

Patrons must show one of the following to enter the building:

All patrons 12 years and older are required to wear masks when in the theater except when actively eating at their table. This means wearing masks when walking through the theater, sitting at the table while waiting for your food/drinks, and during the performance.

The Cabaret will reschedule tickets, release them for an in-house credit, or refund them if anyone is not comfortable with the new safety protocols.

The Cast of Poirot

If it were a movie, Poirot: Murder on the Links would be rated PG for mild onstage violence and discussions of murder.

Rick Robinson (adapter) has served as the director for the Cabaret’s Sherlock Holmes & The Sign of the Four, Every Christmas Story Ever Told, The 39 Steps, Bat Boy: The Musical, and Baskerville. He wrote the book for Cabaret’s world premiere musical, The Pine Mountain Lodge and the adaptation for the Cabaret’s version of The Sign of the Four and A Christmas Carol. Rick has directed four shows at the Collaborative Theatre Project in Medford – Leading Ladies, Lend Me a Tenor: The Musical, Dancing at Lughnasa, and Sherwood. A founding member of Lucid by Proxy in Los Angeles, Rick has had eight plays produced in Los Angeles, and one, Asymmetry, published by Samuel French and produced in New York, Los Angeles and Vancouver.

Reservations are required for pre-show dinner or brunch. Appetizers, cocktails, beverages, and desserts are available without reservations. Tickets are $43 for A level seating with limited $39 B level seating available for all performances. The Cabaret offers a 15% ticket discount for groups of twelve or more for select ticket types and performances. $15 student rush tickets can be purchased 30 minutes before curtain with a valid student ID, subject to availability. For additional information, or to purchase tickets, call the Oregon Cabaret Theatre box office at 541-488-2902 or visit oregoncabaret.com.

Poirot is Coming to the Oregon Cabaret