Cinephile Academy: The Art of the Short Film: Behind the Programming Curtain 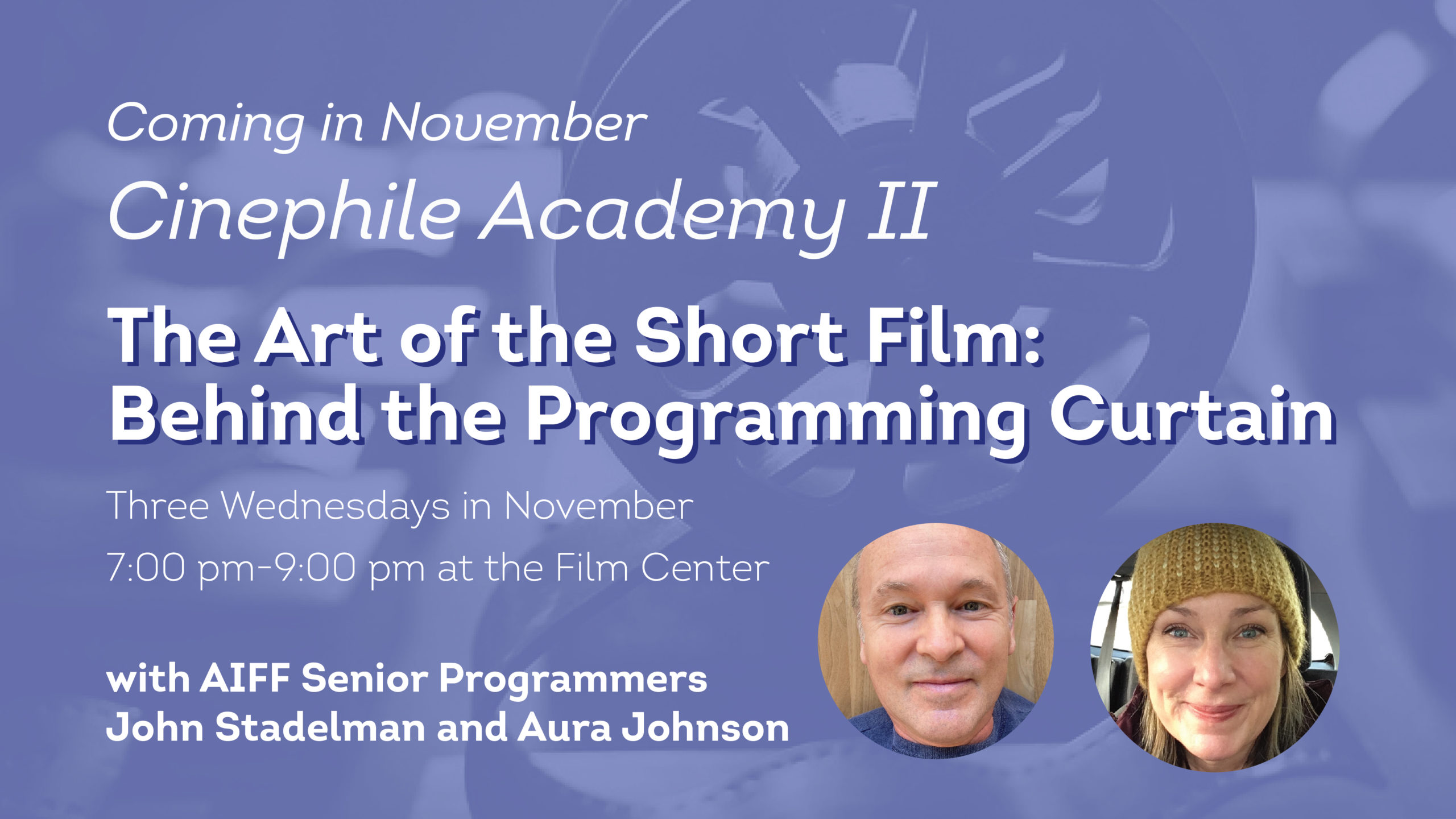 Join the Ashland Independent Film Festival in November for Cinephile Academy’s, The Art of the Short Film: Behind the Programming Curtain, with AIFF Senior Programmers John Stadelman and Aura Johnson.
John and Aura will present a variety of notable short films, both documentary and fiction, followed by a lively discussion. Expect to learn more about the qualities of a memorable short film, and the ever-changing influences that help a programming team put together a satisfying collection.
November 3, 10, 17
Class Limit: 12
$60 Members/$75 Non-Members
https://aiffcinephilenov2021.eventive.org/welcome
+ Google Calendar+ iCal Export

Cinephile Academy: The Art of the Short Film: Behind the Programming Curtain