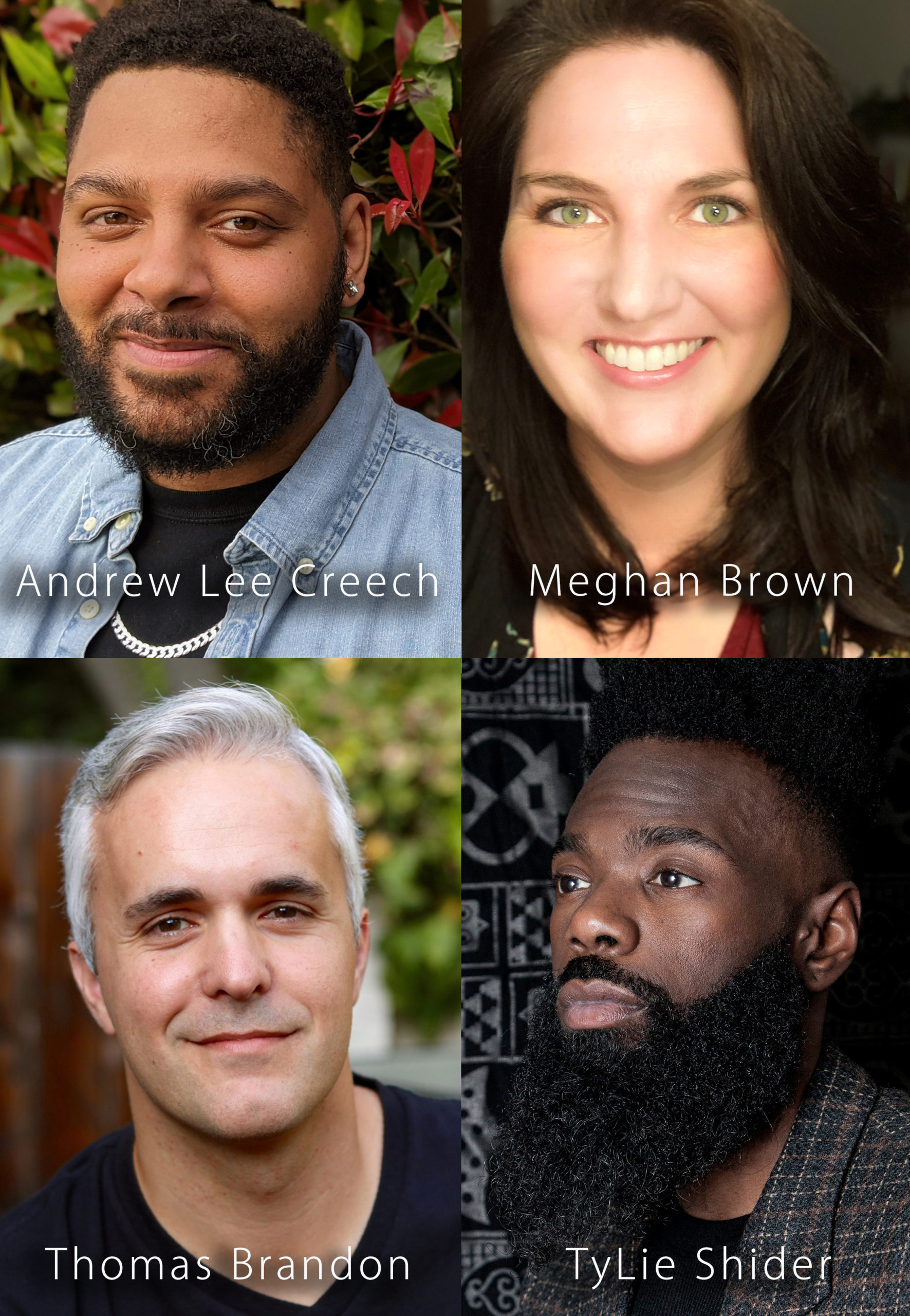 Tickets are now available for Ashland New Plays Festival’s annual flagship Fall Festival running October 20 through 24. The week will feature four livestream readings of the winning plays by Thomas Brandon, Meghan Brown, Andrew Lee Creech, and TyLie Shider, as well as three live Zoom events where audiences can share virtual space with one another and connect with the playwrights.

“We are thrilled to bring these four new plays to our audiences,” says ANPF Board President Peggy Moore. “It’s been another difficult year and being able to support these artists, their work, and to continue building community through theatre—even virtually—means so much to ANPF.”

In addition to the live virtual events, ANPF will offer encore on-demand presentations of the readings from October 26 through 31. Ticket pricing for all the readings is sliding scale, with a suggested price of $20 per ticket, and no fees. Package pricing for Festival Passes is $70.

The Festival kicks off on Wednesday, October 20, at 6 pm PT with the Launch Party and Playwright Panel where guests can mingle in the Zoom space and hear directly from the playwrights. The evening will be led by Artistic Director Jackie Apodaca and Host Playwright Beth Kander. The event is free for members with registration and $10 for non-members.

“This is the first year I have had the opportunity and responsibility of selecting the four winning plays,” says ANPF Artistic Director Jackie Apodaca. “The finalist pool, chosen through a vigorous process completed by our 70 devoted readers over 10 months, included 12 truly compelling plays. Our four winning playwrights stood out for their unique, original stories told through engaging characters.”

The livestream play readings will be presented one per evening Thursday, October 21, through Sunday, October 24, at 6 pm PT.

Pocket Universe follows a husband and wife on a picnic at the park where they had their first date as they share happy disagreements about the past, revealing troubling memory gaps that lead to a dark discovery. The play looks at the fear of losing those we love and the powerlessness that comes with that reality.

“Pocket Universe is not only about fear,” says Brandon, “but also about the reckless hope that opens our heart to new love, even in the face of heartbreak we know is coming.”

Friday, October 22: Certain Aspects of Conflict in the Negro Family by TyLie Shider

In this dramatic comedy, a disintegrated American family living in Plainfield, NJ, tries to repair and re-migrate south during the long hot summer of 1967, but racial tensions erupt in the city and threaten to thwart the family’s dreams for the future. The play is inspired in part by Shider’s own family history.

“When I asked my maternal grandfather why he moved his family from Statesboro, Georgia, to Plainfield, New Jersey, he replied, ‘Easy… Opportunity,’” says Shider. “Then he rattled off a short list of dead-end job opportunities available to him in the Jim Crow South: a farmer, sawmiller, and a gas station auto-mechanic. My grandfather, a Gospel singer and auto-mechanic with a touch of legerdemain, wanted to secure upward mobility. And in January of 1966, he arrived ‘up north’ with his family – just 19 months before the summer of 1967—the summer the race riots broke out in major American cities and led to civic unrest in smaller towns like Plainfield.”

Saturday, October 23: What Happened While Hero Was Dead by Meghan Brown

“I wrote this play to avenge Hero,” says Brown about her play, which looks at Hero, of Shakespeare’s Much Ado About Nothing, who finds herself embroiled in false rumors and discovers that being dead might be the best thing that could’ve happened to her life.

Brown continues: “I’ve had my own deep, painful experiences with sexist double standards and slut-shaming. I’ve seen that unconditional love gets conditional real fast as soon as a woman shows some agency. I’ve been through it and came out stronger, smarter, braver.”

“Black history and American history are synonymous, and yet a barrier exists between them,” says Creech. “Last Drive to Dodge is part of an intended nine-play, multi-century-spanning cycle exploring the lives of Black Americans in pivotal moments of American history, with the goal of breaking down this barrier.”

Last Drive to Dodge is set at the tail end of the Cowboy Golden Age and is an examination of race, love, and legacy in a time when everyone is scrambling for their piece of the American Dream.

Each livestream play reading will include talkbacks with the artists following the performance. Audiences will be able to share their comments and questions using a chat feature. The livestream presentation will be produced by Leanna Keyes of Transcend Streaming.

There are more ways to engage in the creative process and connect with playwrights during the Festival.

The annual playwriting workshop is on Saturday, October 23, from 10 am to 12 pm PT. “Writing Across the Distance” is an intensive session with the four winning playwrights and Host Playwright Beth Kander. The workshop is $10 and is open to writers of all levels and backgrounds.

On Sunday, October 24, from 2 to 3 pm PT, ANPF will welcome participants to a free panel discussion with the five emerging playwrights from the organization’s inaugural New Voices Retreat, including: Kathryn de la Rosa, Ty Greenwood, Heesun Hwang, Jasmine Sharma, and Carlos-Zenen Trujillo. The talk will focus on theatre today from the perspectives of this diverse group of playwrights under 30 finding their way through the theatre industry amidst the pandemic.

Tickets and further details can be found at ashlandnewplays.org.