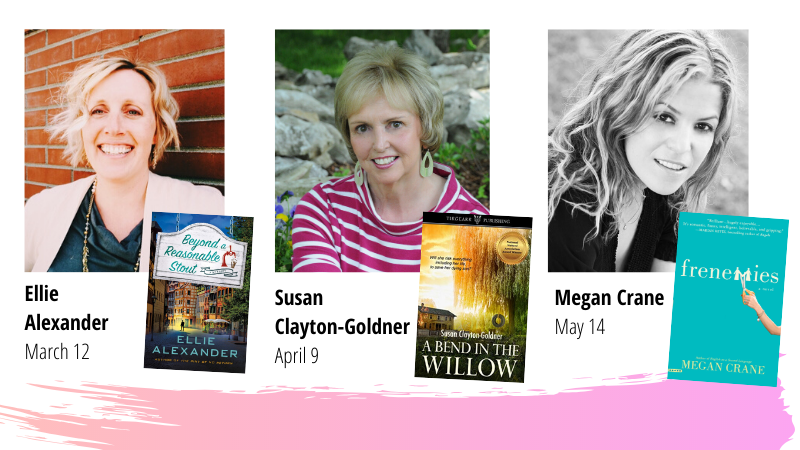 March 12: Ellie Alexander is the author of the best-selling cozy mystery series, Bakeshop Mysteries, set in Ashland, as well as the Sloan Krause Mysteries. She will be reading from the 10th in the series, A Cup of Holiday Fear as well as from the newly-released Beyond a Reasonable Stout.

April 9: Susan Clayton-Goldner’s poetry has appeared in numerous literary journals and anthologies. A collection of her poems, A Question of Mortality, was released in 2014. Her novel, A Bend in the Willow, is a Readers’ Favorite Best Books of 2017 winner.

May 14: Critically-acclaimed author Megan Crane will read from her works and answer questions about the writing process. Author of more than 100 books, Crane has won fans worldwide with her romance, women’s fiction, chick lit, and work-for-hire young adult novels, as well as with the Harlequin Presents, Harlequin Dare, and contemporary cowboy books she writes as Caitlin Crews.