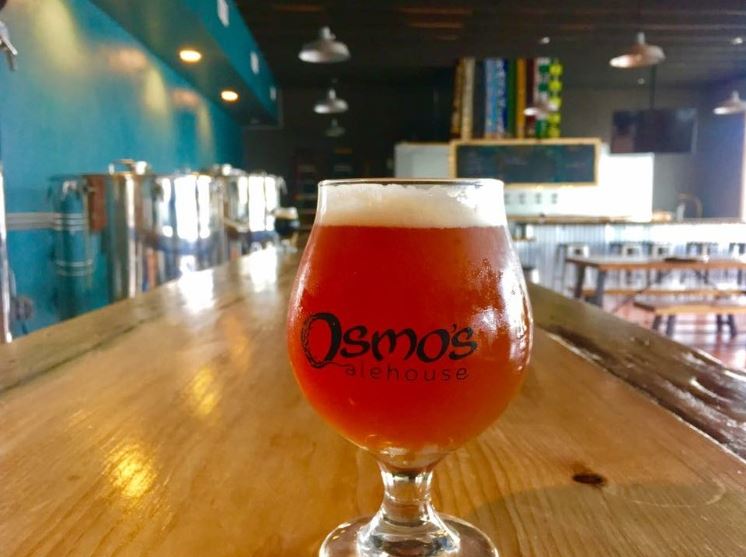 The product, obviously, is beer—seven variations brewed by Nick Hull 30 feet from where customers perch before the taps. He plans for freshness, change, and seasonality to distinguish Osmo’s. “I wanted to make a really big, really fancy version of my garage,” deadpans Hull.

Distribution and marketing at Osmo’s are adventurous, too. Its renovated industrial space mixes well with the neighborhood’s pawn 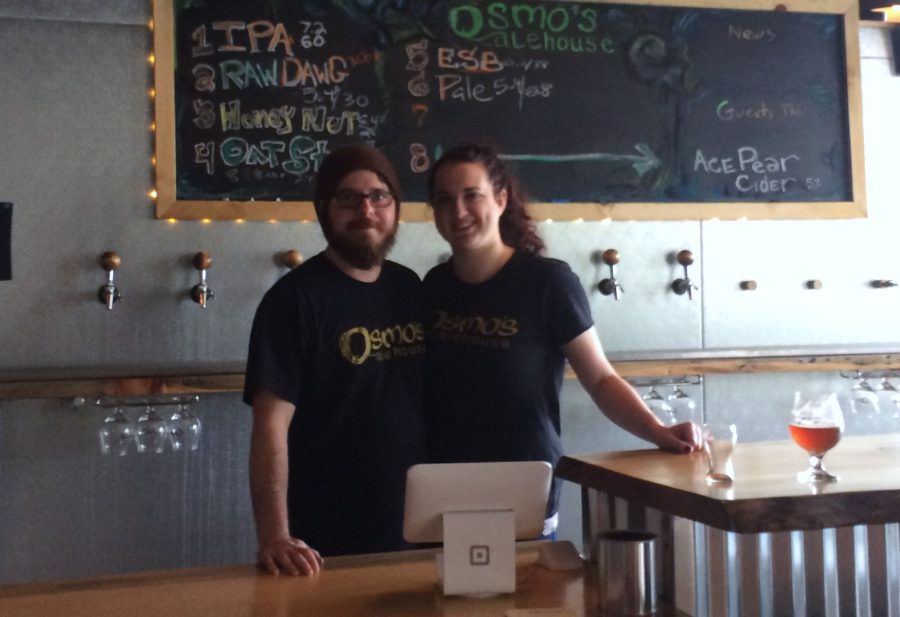 shops, used car lots, and fruit-packing warehouses. “We like being part of transforming this area of downtown,” says Ali Hull who handles Osmo’s business side. As for the name, they dove deep into the great Finnish National Epic Poem, The Kalevala, to find Osmotar the Brewer. Exposed-filament lights and two bars fashioned from massive slabs of fir combine with rugged tables and benches and the stainless-steel brewing tanks to make an inviting space for beer geeks and the everyday-thirsty alike to drink beer.

And, beer is what Osmo’s is all about. The Hulls plan a new release every Friday. Only the occasional Portland Timbers game on the lone television or food truck in the parking lot might distract from savoring the popular ESB and conversation (wine and hard cider are also available for the non-beer inclined). The Hulls plan a grand opening for March. Find Osmo’s Alehouse at 522 S. Central Ave. in Medford—look for the brewing tanks in the windows.