Home»Sound»Music News»Emergence of a Butterfly: Chrysalis Return to the Valley With New Wings
Music News/Sound

Emergence of a Butterfly: Chrysalis Return to the Valley With New Wings 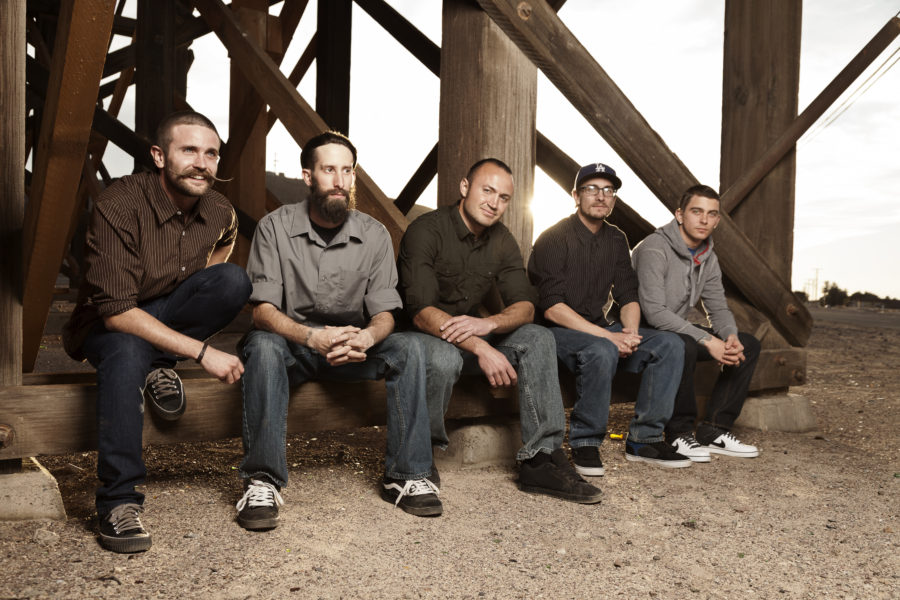 Despite the embellished stereotype of metalheads as anti-social basement dwellers, there is a softer side. It is the eccentricity of the movement that draws people in and eventually makes a home for them. A prime example is Chrysalis, who will return to Southern Oregon for shows at The Haul in Grants Pass on Thu., February 16, and Howiee’s on Front in Medford on Fri., February 17. Attendees to either show will notice they cleanly fit neither the mold of a metal or a rock band, but somewhere politely in between.

“We like all sorts of different types of rock music,” says vocalist and keyboardist Yessi Burton. “That’s probably why we blend so many different genres into our sound. A lot people only like one type of music, but we’d get bored if we only played one style. We’re also not afraid to admit that we like catchy music. So it’s natural for our music to have some mainstream appeal even though it weaves in and out of many different styles.”

Like many passionate musicians, they are inspired by religion, spirituality, and the human condition, which was represented in a maudlin way on their 2014 LP Focus on the Center. This contrasts with their brand new album Reminder, released on Jan. 13th, which touches on more personal and sentimental attributes of one’s life. The production and playing is crisp and refined, but occasionally the songwriting leaves something be desired. Still, Chrysalis collectively smash the stereotype of metal being nothing but brutish X-games fodder, as they approach songwriting and lyricism as a way to tackle big concepts from a visceral perspective.

The band has toured the U.S. extensively and with big name bands such as Letlive, A Day To Remember, As Blood Runs Black, and a recent tour with “Headstrong” nu-rock giants Trapt.

“We played some pretty big shows on that tour and the crowds were really into it, but if I was going to pick just one [best] show it would be when we played with Anthrax in Idaho Falls,” says Burton. “Idaho is always good to us, and that show was really intense.”

At the very least, Chrysalis deserve praise for not compromising their artistic vision, in the face of a barbarous music industry. In order to promote their new vision in the form of Reminder they will be touring the country non-stop for over a month, and will even make two stops in our Rogue Valley.

“Hopefully we’ll get to know the people there better soon,” Burton says. “We played a great show at Howiee’s last year. The thing about being in a band and playing all over the country is that you get to know people all over the map. It’s pretty cool.”

Chrysalis w/ Demon in Me

Emergence of a Butterfly: Chrysalis Return to the Valley With New Wings