Ease The Suffering of Samsara: Samvega Has Your Musical Medicine 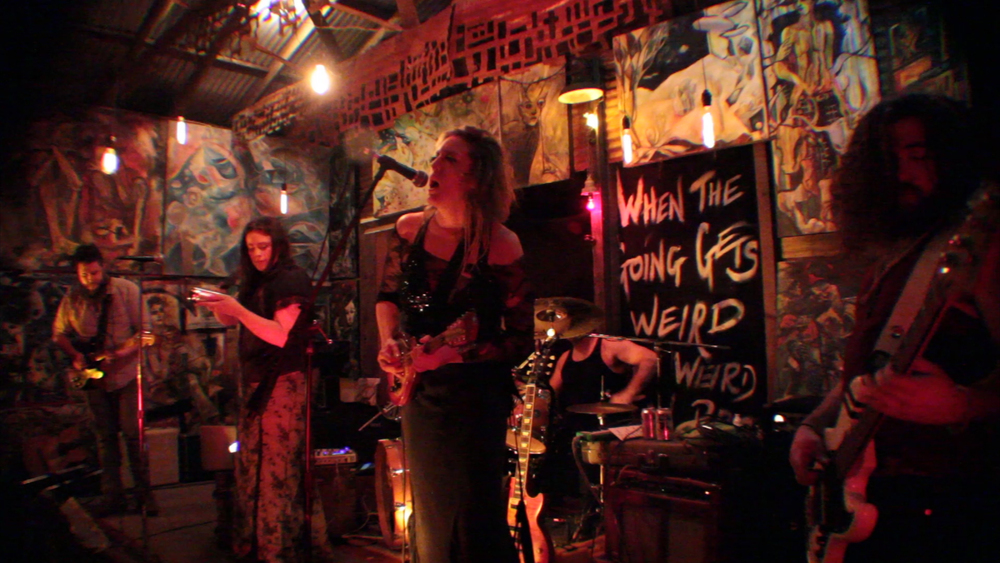 Watching live music is exciting and usually the band’s goal is to make sure everyone in the crowd is having a good time. If they have a good time, that’s just an added bonus. But for Samvega, playing June 21 at the Haul in Grants Pass, playing is as thrilling for the musicians as it is for the audience.

It’s hard to describe the eclectic sound of Samvega. And when asked, drummer/singer Pat Feistel usually has the same response.

“We get asked that question a lot,” says Feistel. “What I say is, watch our set and tell us what you think.”

They play a unique brand of psychedelic circus-rock, and it is more of a blessing than a curse to have a sound that transcends genres.

“It’s really nice,” says Feistel. “It gives us the ability to play to the venue. We don’t have a genre so we get booked with all types of bands. And everyone in the band sings, so we have different singers on different songs.”

Samvega first came together in the Midwest as two different bands, moved to the west coast and broke up. Then reformed with the notion that musically, anything goes.

“The core of us met in Wisconsin at the end of 2002,” says Feistel. “Band drama happened and then there were four of us left. We came up with the idea that anything someone brings to the band, we will try. It is so exciting to play in this band.”

Samvega’s latest album 2016’s, The King Is Asleep, is their fourth album to date and is a psychedelic  carousel ride. At a celebration show in San Francisco on June 1, the album was released on vinyl to their clambering fans.

“It’s more than just a celebration,” says Feistel. “The band has a cult following; the people that get us, really get us. So they were screaming for us to get vinyl. It’s the first chance people can get their hands on vinyl.”

“I’ve played with a bunch of bands over the years and Samvega is a really special thing,” says Feistel. “Not just for the people who watch it, but for the people in the band. We write the songs together, it’s a real collective consciousness that grows between us.”

The style of music that Samvega plays may be dark at times, but the overall energy they exude is joyous. And they work hard to ensure that collective energy, extends beyond the stage.

“We are a live band,” says Feistel. “You want to connect with people and let them know we are all one. With everything going on in the news and everything, it gives you a lot of hope. When you get out there and see the world for yourself you realize, it’s a really beautiful place.”

Ease The Suffering of Samsara: Samvega Has Your Musical Medicine