Driving South of the Border? New Law Increases Cost Of DUIs in California

Though driving under the influence is never encouraged or acceptable, the state of California has just passed a bill that adds a little extra incentive to resist that urge to drive while intoxicated. In the new year, California will require mandatory ignition lock installation for convicted drunk drivers. 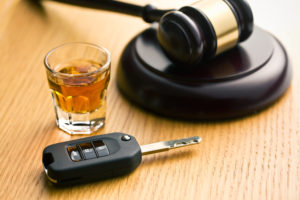 Many states already have similar laws. Ignition interlock devices require drunk drivers to take a breathalyzer before starting their car. If alcohol is detected in their blood, their car literally won’t start. In many states, ignition interlock laws have saved hundreds of lives. Every year, about 726 bicyclists are killed in accidents involving motor vehicles, and drunk drivers are a danger to cyclists, pedestrians, other drivers, and themselves.

“The bill would require…a person who has been convicted of driving a motor vehicle under the influence of an alcoholic beverage, as specified, to install for a specified period of time an ignition interlock device on the vehicle, as ordered by the court, that is the vehicle that he or she operates.”

This is not a new bill, but rather an extension — and widening — of a current law in place in Alameda, Los Angeles, Sacramento, and Tulare counties. Those regions have already implemented a pilot program that requires convicted drunk drivers to use an ignition lock in their vehicle. Senate Bill 1046 also changes the routine for first time offenders; rather than receiving an ignition lock sentence “based upon the number of prior convictions suffered by the individual,” it forces first time offenders to install the lock for a full year when injury occurs, and choose between a six-month lock use or restricted driving privileges (a.k.a., just to and from work) when no injury has occurred.

When it comes to the cost of a DUI conviction, the creation of this law should have a considerable financial impact. DUI convictions can easily run into the $20,000 mark and beyond: you have to pay legal fees, hire an expensive lawyer, face huge price spikes from your car insurance company, all while potentially missing work to make court appearances or even serve time. Ignition locks cost between $60 and $80 per month to monitor and calibrate, and installation can fall between $70 and $150; if you’re serving a longer sentence — such as the two to three years required by second and third time offenders — paying your ignition lock fees can cost a couple grand.

Senator Jerry Hill, the author of Bill 1046, hopes this hike in cost will do a little more to dissuade drunk drivers from getting behind the wheel of a car.

Driving South of the Border? New Law Increases Cost Of DUIs in California