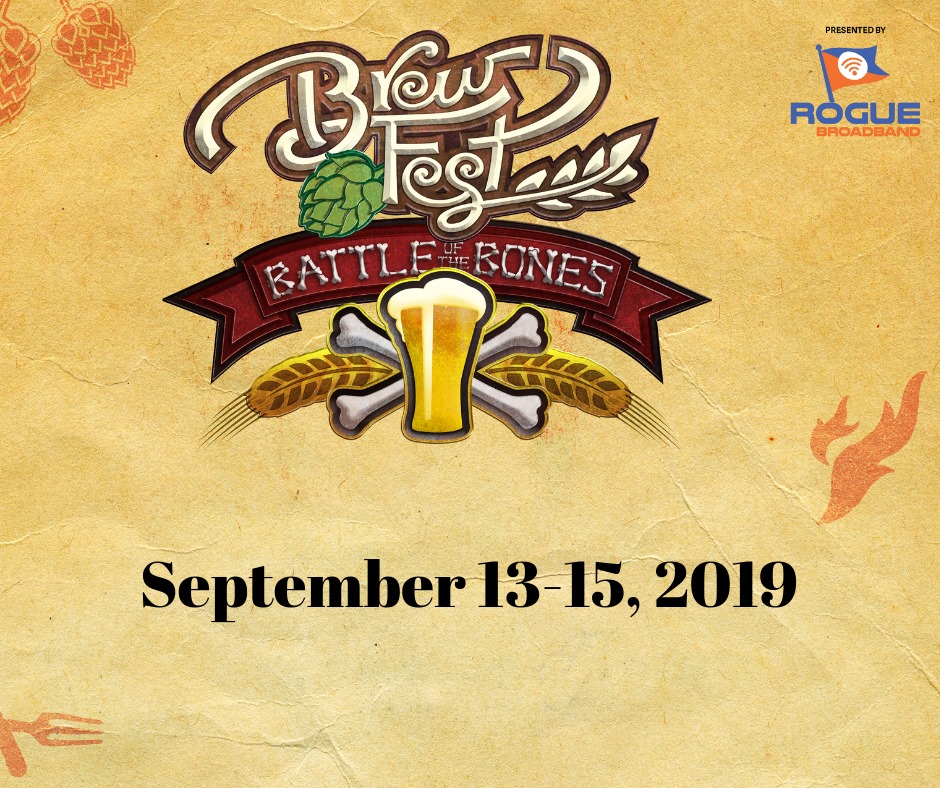 I’ve never been very good at food pairings. I think this has less to do with an unrefined pallet (even though that is also the case) and more because I hate change. I’m someone that could be perfectly content drinking the same dark beer twelve months a year, with my fish and chips or steak or mashed potatoes or tacos. I don’t really care. I don’t think it always tastes great, but I deal with disappointment about as well as my grandmother dealt with finding my sister’s first tattoo. I’m not the risk taker of the family. Who likes to branch out from a main stay and have something that turns out to be worse?

So whenever I hear about something as magical the BrewFest coming up September 13, I jump on it. Why? Because I get to try every damn beer, cider and wine there is and not have to worry about sticking to what I know. Held at the Jackson County Fairgrounds and Expo Center and running through the whole weekend, over twenty breweries and cider houses will be presenting, ranging from the very local (Standing Stone and BricktownE) to the West Coast Locals (Ninkasi and Widmere) meaning that there’s going to be a brewery for everyone. Something to keep in mind too, these events are usually where breweries (especially the large-scale ones) run some really cool and fun beers that haven’t hit the shelves yet. At Boatnik Brew Fest, Ninkasi ran a one-time beer that still hasn’t seen the light of day, beyond that festival. There’s gonna be some cool stuff. Plus you get a commemorative tasting glass to show off to all of your Midwest friends who have no idea that beer comes in more flavors than “Bud” and “Kewr’s.”

Since it’s three days long, there’s going to be plenty more than just beer. Live music, featuring bands like Frankie Hernandez and Old Dominion as well as a competition among BBQers. The Battle of Bones is an event where eighteen teams go head-to-head in a BBQ-off and try to make the most killer from-scratch BBQ Tri-tip, Ribs and Brauts. Who are the judges you ask? Well, YOU. Ticket purchases include a vote that you get to cast for your favorite BBQ team. I can’t think of a more natural pairing for Brews than a BBQ. Even someone useless as me when it comes to food pairings can see that.