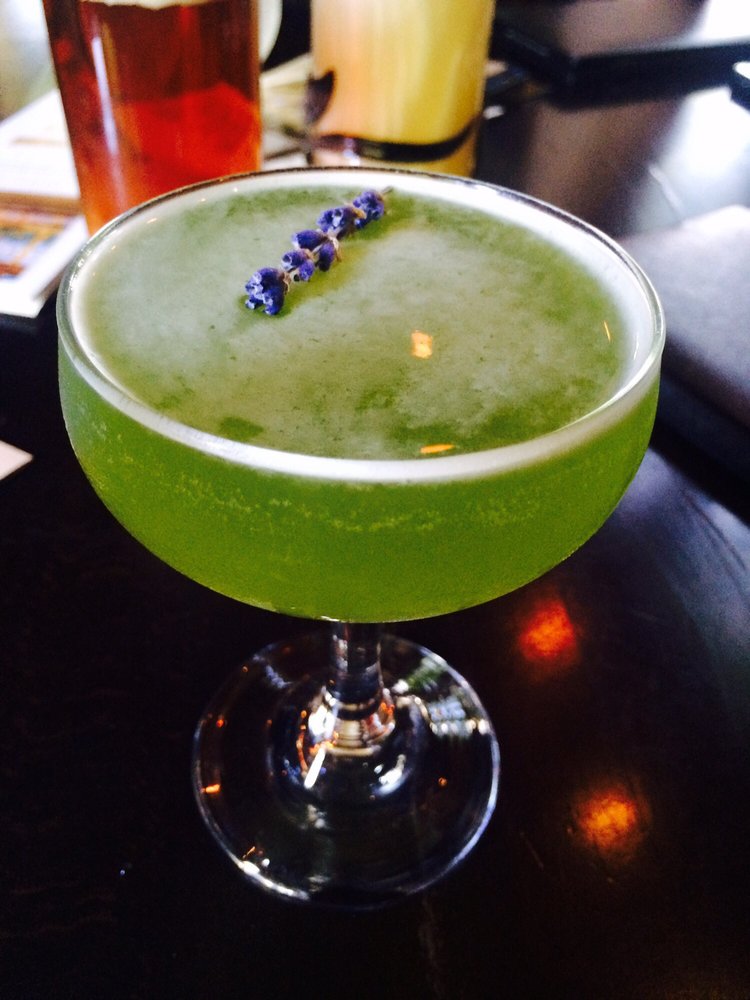 For this edition of Drink Local, instead of a local beer or wine, we turn to a local bartender. Alchelmy’s Bar Manager Jen Akin shares her thoughts about gin, and a couple recipes.

I’ve never heard a person be “on the fence” about gin. The thought of drinking the juniper-forward spirit always conjures feelings of hatred and disgust, or feelings of immense love. Until 2012, I was a card-carrying member of the gin-hatred club thanks to terrible gin martinis and flat tonic. I was lucky enough to work with many gin-lovers that helped me find my first life altering, yummy gin cocktail. Since then, I’ve made it my mission to make gin-lovers out of gin-haters.

Gin is a distilled spirit that is most often made from grain, like barley, but can be distilled from just about anything, including sugar beets, grapes, and potatoes. Gin, in order to be called gin, must have a flavor that is predominately juniper forward; however, there is a massive flavor difference between the many gin styles. For instance, a new style called new wave gin is often made with botanicals such as lavender, cucumber, orange, grapefruit, anise, cinnamon, angelica, rose, lime, coriander, and nutmeg, giving the gin a lighter and more varied flavor. Examples include St. George Botanivore, Unle Val’s, Hendrick’s, and The Botanist. Try my Rose Rickey with Uncle Val’s Restorative gin:

Shake and strain into a tall Collins glass, and top with soda water.

London dry gin is the most popular and common gin style, with heavy flavors of juniper, orange, and black pepper. Examples include Bombay and Beefeater. Try my version of a Bee’s Knees with this style:

Shake and double strain into a coupe or martini glass.

The “bee’s knees” was prohibition era slang that meant “the best.” With only bathtub gin available at the time, ingredients such as honey and lemon were added to cocktails to cover the smell and flavor of the poorly made spirit, thus the “Bee’s Knees” was born.