Home»Sound»Music News»Devils, Pretty Girls, and Cobras: The Cave Singers are More than the Sum of Their Past Projects
Music News/Sound

Devils, Pretty Girls, and Cobras: The Cave Singers are More than the Sum of Their Past Projects 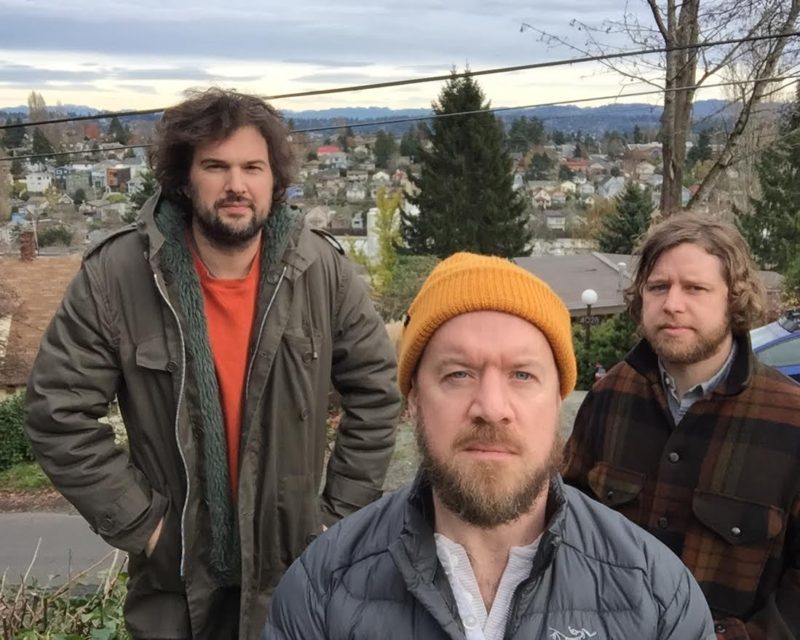 If you were to draw a Venn diagram of Seattle’s underground music scene it would probably look a lot like a Celtic knot of overlapping names and groups. And somewhere in the middle you would see the names Derek Fudesco, Pete Quirk, and Marty Lund, who have done stints in a rogue’s gallery of legendary Northwest rock acts. But for the past ten years they have all been working their tails off as The Cave Singers, a band wholly different from any others its members have played in, and on Fri., March 17, at the Brickroom in Ashland, they will be playing the Rogue Valley for the first time.

“We wanted to play bare-bones, simple music,” says guitar/bass player Derek Fudesco. At the time, he was living with singer Pete Quirk, and experimenting with recording gear and folk arrangements. “We started writing and liked the songs, so we decided to get a drummer and play shows,” he says.

Fudesco had already established himself as the bass player for The Murder City Devils and Pretty Girls Make Graves, and Quirk had been delivering his primal inflection as vocalist for the band Hint-Hint. But when they realized that they wanted to form a new band, they recruited Cobra High’s ex-drummer Marty Lund.

The Cave Singer’s latest album Banshee, released on February 17, is a mix of sparse, haunting compositions alongside more drum and bass driven tracks. The album was recorded live, in the studio, by Randall Dunn who also recorded their third album, Naomi.

“There’s an energy to it that you can only get when you record it like that,” says Fudesco. “I like the way we wrote this one; it goes a lot of different ways at this point. We’ve been playing so long there’s not one way of writing songs.”

The album was pressed on vinyl, but in a turn of trends, because there’s a limited number of pressing plants and a high number of albums waiting to be pressed, the album was delayed.

This was their first record to be released independently and although they had been playing together for almost a decade it was still a new experience.

“Basically you become a label,” says Fudesco. “We’ve never done it before but personally I think it was rad; I enjoyed doing the work ourselves. We try to stay busy that’s for sure.”

The Cave Singers are embarking on a national tour this summer and have been criss-crossing the country since the release of their first album, along with multiple international tours including Europe and China.

“We just enjoy making music together,” says Fudesco. “We do at least one big tour a year, sometimes two a year since the first album. Right now we are full-time musicians.”

Devils, Pretty Girls, and Cobras: The Cave Singers are More than the Sum of Their Past Projects