Cultures Coalesce: An Affair Remains Tells a Tale of Matrimony Birthed From Infidelity 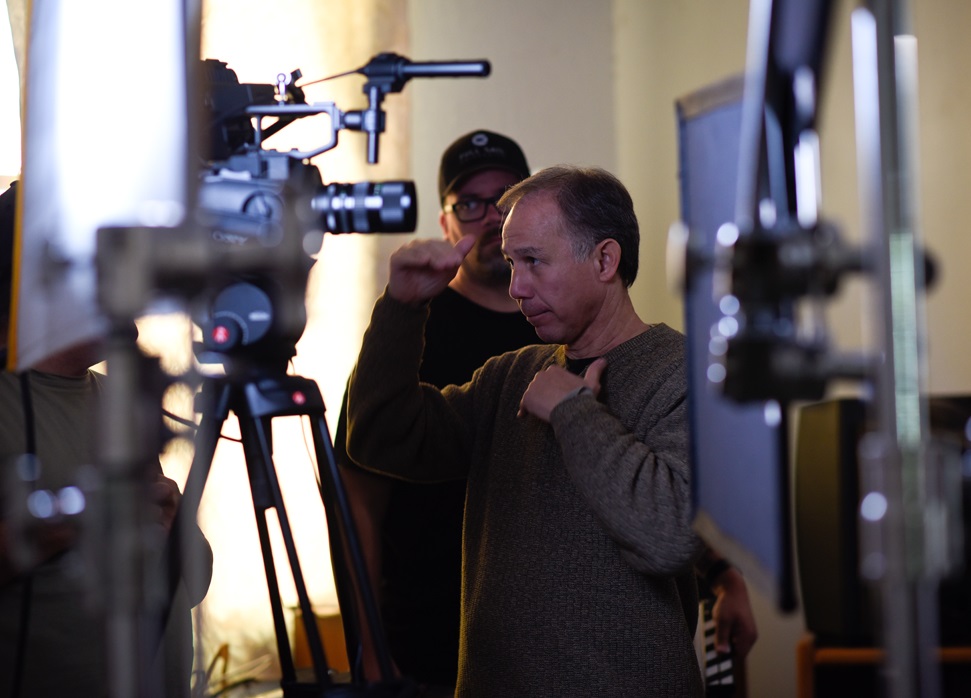 Although based in Medford, filmmaker Ray Nomoto Robison has cultural ties to East Asian traditions, a versatility that gives his work a unique essence of vibrancy and dualism, a  “biformity” that may just reach its apex in a film currently in production, An Affair Remains.

“An Affair Remains came about in a very unusual way,” says Robison. “I was in Japan last year and happened to meet an actor, Masayuki Yui, who had been in four Akira Kurosawa films. It developed into an opportunity I didn’t want to miss especially the idea of working with both Yui and Marlyn Mason whom I had worked with before on a number of films. So I took on the task of writing a film for the two of them.”

He continues, “Usually when I write a screenplay for a short film it is because I have a certain emotional attachment to the story so creating characters to fit specific actors was new to me. It was nearly a year after I met Yui that I finished the script. I sent it to him and asked if he would be interested in doing the film. He said yes and everything just starting coming together from there.”

Squarely in the film noir tradition, this ambitious project is a sober, dialogue driven story that focuses more on subtleties and interpersonal relations than flashy phenomena. Films like An Affair Remains seek to rekindle a golden age of film, the 1950s-1960s, where the experimental nature of the times met perfectly with the standards and traditions that were set by seminal plays and epic poems—and remarkably, the film’s lead actress has experience of working in films from this era, appearing with the legendary Elvis Presley in the 1969 film The Trouble With Girls. Robison himself has been interested in authentic, transcendent art since his time at university.

“Hard to believe it was over 40 years ago, I was a Fine Arts (drawing, painting) major at the University of Montana, when someone mentioned the Motion Picture program at Montana State,” recalls Robison. “It had never occurred to me before that time to be a filmmaker but at that moment I knew that film was going to be my medium so I switched schools and majors. Since that time it has been and continues to be a struggle primarily because as an artist you can’t just create something for commercial reasons. I’ve spent decades producing advertising and marketing videos but that wasn’t really wasn’t what I wanted to do so I basically just stopped being a producer/director for hire. I now work a regular 40-hour-per-week job not related to film whatsoever and devote all my time outside those hours to working on the films I want to create.”

“My short films especially contain emotional parts of me which I feel comfortable in exposing. I read somewhere that filmmakers will often go for silly or over-the-top types of productions because they are fearful of being laughed at or not having acceptance of their serious side. I understand that statement because before I moved to the Rogue Valley I felt that way. The comfort I feel here in the Rogue Valley allows me to be an artist who works in film. It wasn’t till I was over 50 years old that I felt like I could call myself a filmmaker.”

Cultures Coalesce: An Affair Remains Tells a Tale of Matrimony Birthed From Infidelity