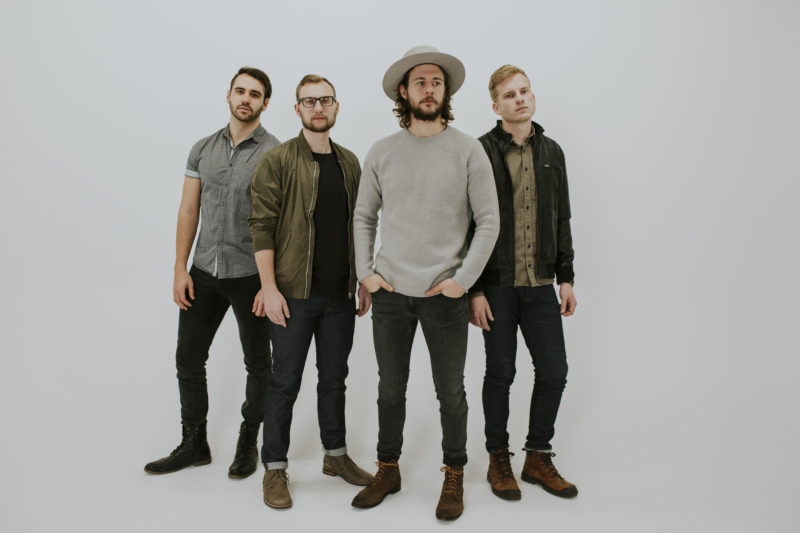 Los Angeles and New York remain the dominant cultural epicenters of the country. But when it comes to Americana, it’s better corn-fed than street-wise. Hailing from the flyover/heartland/breadbasket of America, and sounding like a farm dance after the last day of high school, is Bernardus, a gang of acoustic-picking dreamboats from Lincoln, Nebraska making their way through The Rogue Valley to perform at Johnny B’s on Wednesday, May 3. Frontman Ben Kramer took the time to answer a few questions for The Messenger to preview the show.

Rogue Valley Messenger: What is the band’s backstory? How did you all get together?
BK: Bernardus is my given first name. I have been playing as a solo songwriter for years. My brother Jake and I decided to start a band a few years ago. If we were going to do it, we would do it for real. No messing around. We put the band together and booked three, 45+ show US tours right off the bat.

RVM: What drew you to the Americana sound when you got together? Was it a deliberate choice or a natural evolution of combined elements?

BK: I grew up on old style country. In today’s world I am convinced that would be labeled as Americana. We play everything from folk rock to country. If seemed to evolve naturally over time.
RVM: A lot of your sound is based more on nuance and subtlety than flash or chops. Is it more challenging to write less, or to keep it engaging over time?
BK: Our biggest kicker was simplicity. We enjoy the simplistic nature of good country and folk music and feel that is what we wanted to portray. All of our marketing, logo, website, etc all protrudes this.
RVM: Which is more important to saying what you want to with your music: the song or the sound? Why?
BK: Tough question. As a songwriter, the lyrics need to be on point. However, when playing a four hour set at a bar in Texas, you want to have some sort of groove that people, who don’t really listen to the lyrics, can “get on board with”. It has to be a good mix I think.

RVM: Your resume has some big accolades on it (playing with Aimee Mann, touring with Ani DiFranco), but you still largely fly solo. What is it about independence that appeals to you?
BK: Right now we are working on ourselves. We are still trying to find our niche (if there is one) and playing longs sets on our own help to form who we are. We are a much different band now than even back when we made those music videos.
RVM: Will this be your first time in Southern Oregon? Any thoughts or expectations?
BK: This will be our first time performing in Oregon. We are really excited to play.
RVM: What’s on the radar for you?

BK: When we get home we will be recording a full length album as well as a solo acoustic EP. We will be touring those next year.