As the world becomes more environmentally conscious, data centers have come under scrutiny. The massive buildings contain tens of thousands of electronic servers which not only need energy to function, but require an incredible amount of energy to prevent overheating; in fact, an estimated 80% of data centers are interested in switching to cooling systems that reduce their energy use due to the possible savings involved.

Money matters, but Greenpeace sees the potential damage these centers are causing by refusing to commit to renewable sources of energy, like wind or solar power. The non-governmental environmental organization recently came down hard on Amazon’s huge cloud computing cluster in Northern Virginia, claiming that the company’s adoption of green power is falling behind the growth of its cloud infrastructure. 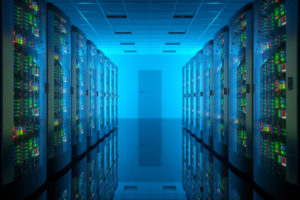 “Despite its commitment to renewable energy, the world’s largest cloud company, Amazon Web Services (AWS), is hoping no one will notice that it’s still powering its massive data centers with fracked gas and dirty coal,” wrote Greenpeace. “Amazon’s dramatic expansion in Virginia in the past two years could lead to more pipelines, more pollution, and more problems for our climate.”

Pollution caused by unclean energy sources is a very real problem, especially as more and more data centers continue to crop up in an effort to meet consumer demands. When you think of the fact that wind and solar energy offer 100 times the lifetime energy yield of nuclear or fossil fuel systems per ton of mined minerals, you have to wonder why more data centers aren’t making the switch.

Though many companies are adding green energy options to supplement their power usage, few are able to run solely off of solar power. This is because the number of solar panels needed to power an entire data center — or centers, in Amazon’s case — is exponential. Greenpeace estimated that the total power for the data center sector in Virginia, including current facilities and future demand, approaches 4.5 gigawatts of capacity; one 17.6 square-foot solar panel generates about 1,000 watts of energy per day, and there are one billion watts in a gigawatt. In order for Amazon to go completely green, they’d need 4.5 million solar panels, each taking up 17.6 feet of space.

That being said, some business have managed to go the distance. Asio.net uses a combination of solar, air, and water energy to power their environmentally-friendly web hosting center. However, they’re just one business in a country full of energy consumers; it was estimated that 97.4 quadrillion (1,000 trillion) BTUs of energy were consumed by Americans in 2016, a number that is so large it is impossible to comprehend.

We know that data centers in the U.S. were responsible for about 1.8% of the entire country’s electricity consumption in 2014, and only more have been added in the years since. Greenpeace is adamant that change must begin here. Even a change as simple as using LED lightbulbs, which use only 15% of the energy of a standard halogen bulb, could be monumental in the long run.

“Data centers serve as factories of the information age,” Greenpeace wrote in their statement. “The explosive demand of internet-based platforms and services has fueled a dramatic expansion in both the size and number of data centers, making them collectively one of the largest sources of new electricity demand globally. Given the urgent need to transition away from fossil fuels as rapidly as possible to combat the most extreme consequences of climate change, the source of electricity deployed by the local utility in these data center hotspots takes on global significance.