Home»Feature»Cheaper Than a World Cruise: The Ashland Independent Film Festival’s World Film Week Goes Around the World in 12 Films
Feature

Cheaper Than a World Cruise: The Ashland Independent Film Festival’s World Film Week Goes Around the World in 12 Films

It takes time to learn a new language, and even longer to learn a new culture. Not to mention the cost of travel. Enter the closest thing to actually visiting another country: AIFF’s World Film Week, September 30 through October 6. Breathtaking and heart wrenching stories as only locals can show, complete with subtitles—which sure beats Google Translate. We caught up with AIFF’s Director of Programming Richard Herskowitz while he was traveling for the Toronto International Film Festival to find out all the places to go during World Film Week—without leaving the Varsity Theatre in Ashland. 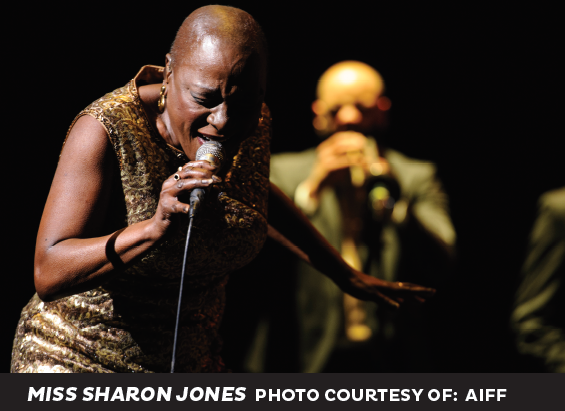 Rogue Valley Messenger: How was the Toronto Festival?

Richard Herskowitz: Toronto is my favorite film festival, which I’ve been attending for 32 years (my first one, in fact, was my honeymoon)! And this was one of the best years ever, by general consensus.  Among the knockouts that I caught and heartily recommend include Damien Chazelle’s La La Land, Pablo Larrain’s Jackie and Neruda, Barry Jenkins’ Moonlight, and Jim Jarmusch’s Paterson.

RVM: Were they showing any of the films chosen for the AIFF’s World Film Fest?

RH: Actually, I began shopping here for films that might screen in next year’s World Film Week. What I selected for this year’s program were films I considered to be among the best international films shown in last year’s Toronto and this year’s Sundance and other festivals.

RVM: With a whole world full of films, how do you choose the World Film Fest films?

RH: I watched about forty feature films in early July, copies of which I had solicited from distributors. I can’t count how many films I had seen prior to that in Toronto, Sundance, and elsewhere, and that were all under consideration. Ultimately, I aimed to get a broad range of national cinemas (Romania, Tunisia, Italy, Argentina, Canada, France, Great Britain, Tibet, France, Peru, Ethiopia, Palestine, and the USA!). I believe World Film Week gives Ashland folks an opportunity to go on a “motionless voyage” around the world, to take advantage of cinema’s ability to help us experience and empathize with the lives of others. I also favored films that I thought would resonate with the environmental, political, and spiritual interests of people in this community. And each film had to be cinematic and artistically strong–worth seeing on a big theater screen instead of on an iPhone. 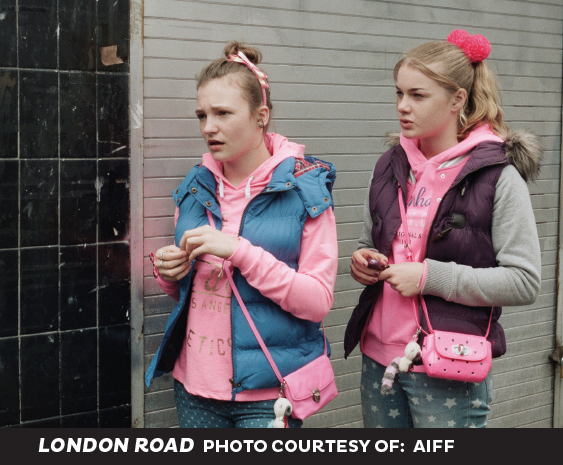 RVM: Which film(s) are you most excited about and why?

RH: That’s a tough one, since I could talk about every one. London Road is an utterly unique British film, based on a National Theatre production, that dramatizes and sets to music real interviews with working class townspeople shattered by five murders in their community.   There are two more music films that I really love, both by women directors and on female singers, the Tunisian As I Open My Eyes and Barbara Kopple’s Miss Sharon Jones! There are also a couple of sports films about unusual athletes— Speed Sisters on Palestinian women race car drivers and Marinoni, about a crotchety, endearing old man, well-known as a master bike craftsman, who decides to return to bike racing and break a world record. Romania has been an exciting center of filmmaking in recent years, and Aferim! is a black-and-white, Balkan western that is both funny and disturbing, and that knocked me out. Argentina is also experiencing a filmmaking renaissance, and Daniel Burman is one of that country’s best directors. His The Tenth Man is a funny and moving father-son tale set in the Buenos Aires Jewish community that Burman clearly knows intimately.  Then there are two very powerful spiritual films, Paths of the Soul, an extraordinary, meditative experience following ordinary Tibetans on a 1200 mile pilgrimage, and Icaros, a film we badly wanted to show at AIFF in April, about people seeking healing through a psychedelic plant in the Peruvian Amazon. The poster calls it “A Vision” rather than “A Film,” and I think that’s accurate. When Two Worlds Collide is an inspiring non-fiction film about political protest, also set in the Peruvian Amazon, and Come What May is a sumptuous, old-fashioned French art film about the anti-Nazi Resistance. Finally, Lamb is a beautiful film about a the life of an Ethiopian boy in a small village, very much like last year’s World Film Week hit Tall As the Baobab Tree. I hope some people bring their kids to this one!

See, I talked about every one.

RVM: What do you hope people come away with after watching the films?

RH: I hope they are reminded that films from other countries, seen on a big screen, can be vehicles for expanded cultural understanding and even personal transformation. This is the faith of the “cinephile,” and there are many of us in Ashland. I want there to be even more.

RVM: Anything else new or different this year that people should be aware of?

RH: While we couldn’t bring any filmmakers to World Film Week this year, we did arrange to host a live Skype conversation with filmmaker Jeff Feuerzeig on the night after World Film Week (Friday, October 7 at 6pm), when the Varsity Theatre opens his wonderful non-fiction film, Author: The J.T. Leroy Story. We arranged for that booking to overlap with the Ashland Literary Festival that takes place at SOU Hannon Library the following day, October 8. This film about Laura Albert, and what drove her to masquerade as the author “J.T. Leroy,” was one of my favorites at Sundance earlier this year. As for live speakers during World Film Week, people will have to settle for me, along with other AIFF staff, introducing the films and loitering outside the theater, gathering audience opinions!

Cheaper Than a World Cruise: The Ashland Independent Film Festival’s World Film Week Goes Around the World in 12 Films