Cars And Carcinogens: The Automotive Industry’s Contribution To Global Pollution

Learning how to drive is one of the greatest achievements in a teenager’s life. All of a sudden, the entire world is your oyster; you can go where you want when you want and get to experience a sense of true freedom. As you grow up, you’ll discover the joys of buying your first car, the shock of your first accident, and the monotony of the morning commute — most likely all without considering the impact your beloved make and model is having on the environment.

In this new eco-conscious era, however, people are paying more attention. Vehicles have fallen under recent scrutiny due to their dependence on fossil fuels and influence on air quality.

How many times have you driven past a freight truck, SUV, or sedan and seen smoke billowing from their exhaust pipes? The composition of that smoke is carrying some nasty stuff, but even the simple burning of gasoline contributes to air pollution: carbon monoxide, hydrocarbons, nitrogen oxides, and particulate matter all disperse into the air when someone gets behind the wheel of a car.

If those pollutants don’t sound great, it’s because they aren’t. Carbon monoxide is considered an invisible poison, hydrocarbons are toxic to humans, nitrogen oxides create smog and acid rain, and particulates can cause serious respiratory damage as well as cancer. With poor air quality comes poor health: respiratory ailments like asthma and bronchitis worsen, the chance of developing cancer is heightened, and substantial medical costs burden families and medical facilities the world over. In fact, particulate matter alone is responsible for up to 30,000 deaths each year, a number that is unsurprising when you take into account the fact that 276 million Americans drive every day (at an average total duration of 46 minutes).

Since the population continues to rise, so do the number of cars on the road. Approximately 17 million cars were sold to Americans in 2017. Though electric cars made up one million of those purchases, the vast majority are now on the roads burning gasoline and diesel and leaving trails of exhaust in their wake. When you factor in the freight and container shipping trucks — almost all of which run on diesel — that are responsible for transporting 11 billion tons of freight every year, reports of decreasing air quality are almost expected. That is precisely why business leaders have decided to team up with The Climate Group.

Cleaning Up Your Act

The Climate Group is an international nonprofit organization focused on helping industry and government leaders address climate change. Their current initiative — which has brought together 31 leading companies with a combined revenue of over $500 billion — is to secure the electrification of more than 2 million vehicles by 2030. As of early February, they have teamed up with 23 member companies (such as Ingka Group, formerly IKEA Group, Deutsche Post DHL Group, and Bank of America) that have pledged to switch 145,000 vehicles to electric. The savings translates to over 6.6 million metric tons of CO2 emissions, equivalent to 1.15 million homes’ annual electricity usage.

Though electric powered cars won’t necessarily change the 16,000 chemical spills that occur during freight transport, they can make a significant difference to air quality. Considering the fact that 7.5 billion people are breathing the same air, it’s in our best interest to commit to a cleaner form of energy; when your hand-me-down clunker finally kicks the bucket, start looking at electric cars to replace it. 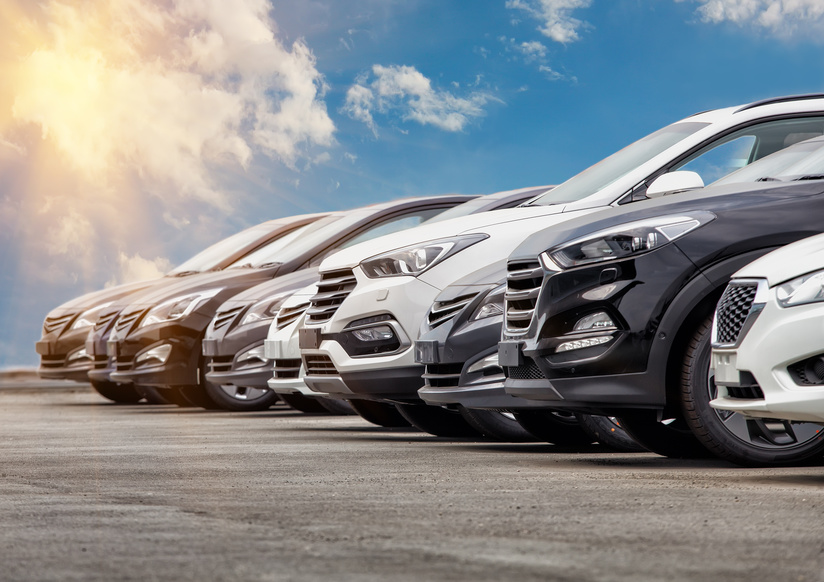 Cars And Carcinogens: The Automotive Industry’s Contribution To Global Pollution