Home»Wellness»Car Accident Scenarios: Who is at Fault?
Wellness

Car Accident Scenarios: Who is at Fault? 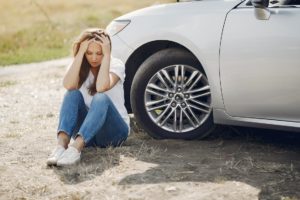 Determining liability (or fault) in a car accident isn’t as easy as pointing to the car with the most amount of visible damage. While sometimes the blame is clear, other times it comes down to who filed a claim for damages or which of the drivers was proven negligent in court. To help evaluate which driver was most likely at fault, consider these common car accident scenarios.

Millions of American drivers are victims or commit a rear-end collision accident, which accounts for 1.7K deaths and 500K injuries per year. Most rear-end collisions occur because a driver isn’t paying attention to the roadway ahead or is following too close to another car. While fault is often given to the car that collided with the back-end, that isn’t always the case.

Sometimes both drivers will share liability, or a third party, like the car manufacturer, will also play a role in the accident. The person who rear-ended the vehicle is almost always at fault.

Frontal-impact collisions are the deadliest type of car accident. Cars that find their way on the wrong side of a one-way street or turn into oncoming traffic are typical causes of head-on collisions, but a head-on-collision can happen if drivers lose control of their car after another accident. Fault lies with the car that entered oncoming traffic, even in times of ignorance.

The only exception to this rule is if another driver rear-ended a vehicle, which caused that vehicle to cross the median into oncoming traffic to then cause a head-on collision.

Unless the vehicle completing the left turn has a green arrow to determine right-of-way, a left-turn accident typically lies with the person making the turn. Drivers crossing the intersection while driving straight have priority over left-turning drivers, even if they use “turning with an obstructed view” or “misunderstanding the other driver’s intentions” as an excuse.

In rare instances, the straight-moving car will be at fault if they drove beyond the speed limit. Still, it’s hard for the left-turner to prove how fast they were going without surveillance.

A sideswipe occurs when two cars make contact with each other while traveling in the same direction. Fault is determined by which vehicle had the right of way, what each car was doing before the impact, and how negligent one or both drivers were at the time of the accident. These accidents are hazardous on the highway, where speeds can exceed 60-80 mph.

A driver would be at fault for a sideswipe accident if they change lanes and hit another driver (with or without a signal) or hydroplane from driving too fast on poor road conditions.

Cars that collide with another driver at a 90-degree angle will commit a side-impact collision, which can be fatal for the person who received the accident’s full impact. Drivers will often become victims of this type of accident at an intersection because the other party ran a red light, didn’t yield to the right-of-way, or were distracted, drunk, or under the influence of drugs.

It’s rare that the fault will lie on the person hit in a side-impact collision, but it can happen if the driver stops prematurely in an intersection and the other party doesn’t have enough time to stop.

In a single-vehicle accident, the person driving will receive the bulk of the damage or impact, even if other drivers were involved. If a vehicle turns out of the way of an oncoming car and hits a pole or drives into a ravine, that would make it a single-vehicle accident. Most of the time, these accidents occur because the driver was trying to avoid hurting someone else.

Another common single-vehicle accident scenario involves failing brakes. If the brakes were defective, the car company or the mechanic shop that serviced the vehicle would be held liable.

Car Accident Scenarios: Who is at Fault?