Home»Culture»Capturing Everything in the Background: The Hard Work of Set Designers at Oregon Shakespeare Festival
Culture/Feature

Capturing Everything in the Background: The Hard Work of Set Designers at Oregon Shakespeare Festival

The model of the Julius Caesar set shows multiple broken white walls––almost resembling smashed cardboard––reflecting a tiny city in need of repair. It also represents a system with a lost foundation, or a lost purity. Behind them is the statue under construction—never to be finished.

With the 2017 season at the Oregon Shakespeare Festival there’s so much to look forward to. Of course, there are the plays, the actors, the directors. And then there are the sets. 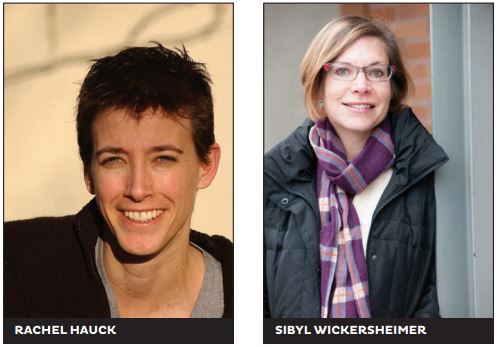 In her 10th season with OSF, Rachel Hauck is designing the set for the second production ever of Shakespeare in Love. “The set is a modernist take on the Elizabethan period and the Tudor style,” she says. “Because the text is based on the film in which the concern about locations and how many and how quickly you go from screen can be cut, we had to find a solution to that that worked on stage. We always call it the Donald Judd take on the Elizabethan. I think it evokes the Elizabethan and the Tudor without specifically quoting it.”

When comes to the beginning stages of designing a set, Hauck explains how she reads the play once then discusses it with the director, “because the director’s interest will completely change the design.” After getting a sense of what the director is excited about, as well as herself, then comes heavy amounts of research.

“This design is all about functionality,” she describes. “The demands of the text are massive and it needs basically to do scenery gymnastics. We chose the ground plan for functionality combined with aesthetic. The strict period function is coming through the clothes and the set is evocative, but is definitely of that period.”

Her descriptions of the clothes are marvelous and intricate, depicting the garish style of the period. With a more minimalist set, the characters and their costumes will only be more accentuated. Hauck says, “I hope [the play] gives a kind of emotional arch of the play [that] is so funny I hope the set gives it a kind of levity, it gives it [room to] breathe.”

The model reveals a set similar to that in the film with the multiple stories for the audience and the stage on the bottom floor. While the structure resembles a simple stage and structure, the set allows less restrictions to the actors and provides a kind of blank canvas for their more detailed costumes.

Hauck adds, “Nobody else in the country does what OSF does. It’s remarkable.”

Sybil Wickersheimer, set designer for Julius Caesar, says OSF has “some of the best technicians there that I’ve worked with ever.” While this is her fifth season at OSF, she’s been involved in productions throughout the U.S., such as in Chicago, Washington D.C., and San Francisco.

The story of Julius Caesar is so well-known, there’s a timelessness to it Wickersheimer aims to capture in her set designs. “I would say it’s contemporary,” she explains. “We’re not really putting a time frame on it.” Julius Caesar is “in his prime, but he’s about to get his accolades and becomes even more powerful and is struck down by men. And I think that is what’s timeless.”

She also explains the misery and guilt many of the characters wrestle with in this time. The struggles and actions they go through are not so different than what many experience today. She says it’s a “cycle that we’re in.”

“My focus was really bringing to light the fact that we’re constantly taking leaders out of power and erecting new images of a leader and we always fall short,” she says. “The icon of this giant statue, which is in some ways represents Caesar’s statue coming into urban landscape that they’re about to install, so it transforms into nothing. I latched onto that idea. It is very conceptual and emotional.”

Comparing set designing to fine art, her research consists largely of art history, though in her first reading of the play she utilizes the dictionary. “It’s all about the words and the texts,” she says. She hopes the audience will “look at our actions as a people. About our choices and our leaders.” 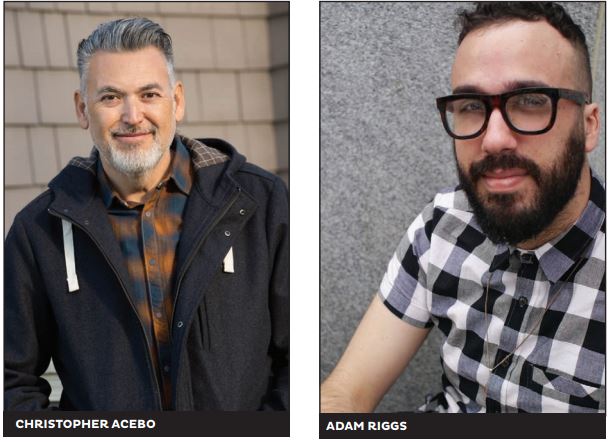 Riding “a fine line between being poetically expressive and really reflective of it’s time and place,” set designer for Mojada: A Medea in Los Angeles, Christian Acebo says, “It definitely leans more into the actual reality of what the play is.”

Like Julius Caesar, this play deals with current issues, such as immigration. Acebo hopes the audience will gain “a different perspective of what it means to be an immigrant in this country.” Comparing the ancient story to this version that’s set in present day, he believes the comparison is very intriguing.

“One of the challenges is in the Greek theatre; there’s a little bit of separation between you as the audience member and your experience. What’s different about this play because it’s set in [a] very modern time of people who will be familiar, how you figure out the violence then is tricky because it becomes a little more immediate.”

Focusing on the location of the play is set in, he says, “I’m inspired by artists, visual artists, painters,” he says. “That’s kind of where I start in terms of my own design work. If I knew what time period the play is being set in. I look at what the artists were creating. I match that kind of energy with also geographic or real locations.”

Looking at Chicano art in the L.A. area, he gathered a sense of what the play should look like. He studied current architecture of the area and surrounding neighborhoods, “looking at how artists were interpreting their own city based on color and texture and angles.” The model set for the play shows a small house vaulted above the ground, as well as random pieces of furniture outside beneath it, such as a table and couch.

Another classic play set in modern times is Henry IV, Part One and Henry IV, Part Two. Set designer for both plays Adam Rigg explains the struggle he has to not express his political opinions in such a political play.

One of the challenges he faces with these plays are the different sets and locations throughout the story. “I read the play once and I try not to picture too much in my head before I get to talk to the director. Usually in those conversations I’m not asking about what color or material. I’m really trying to nail down the action and the event it wants to be.”

He describes his style as “the idea of material honesty.” Using raw materials, like plywood and steel, he describes this as a more modern theatre style fitting perfectly into what the play captures. When researching and getting ideas for designing a set, he reaches for more tangible ideas he can touch and feel rather than what he may find in books.

Concerning the historical political aspect of the play, he says, “We look at all political activities and we simplify it down to end results, and what I think is interesting about history plays is we get a long, rambling explanation of how things happen.” Especially for these two plays, he adds, “The sense of it is really complicated…It’s never clean and easy.”

While “clean and easy” may never be the complicated and hard-working process of a set designer, the end results at OSF are always stunning. With the vast differences in stories and styles of these plays, there’s an unlimited amount of talent to witness this season.

For more information about the 2017 OSF season, visit osfashland.org.

Capturing Everything in the Background: The Hard Work of Set Designers at Oregon Shakespeare Festival