District 3 has long been a platform for some of the most vocal representatives to the Oregon Senate. Two years ago, long-time Alan Bates died. He was a Democrat, and in a special election the seat moved to Alan DeBoer, former Ashland mayor and a Republican, who won by 500 votes.

That seat, representing Medford, Ashland, Jacksonville, Phoenix and Talent and parts of Applegate Valley is once again up for grabs—and again, provides an insights into the political soul of the region as a dyed-in-the-wool Democrat/Working Families Party squares against a business-minded Republican.

Jessica Gomez, the Republican candidate, answered a few questions about her campaign for the Messenger. And Jeff Golden, the Democrat/Working Families Party provided his thoughts as well. 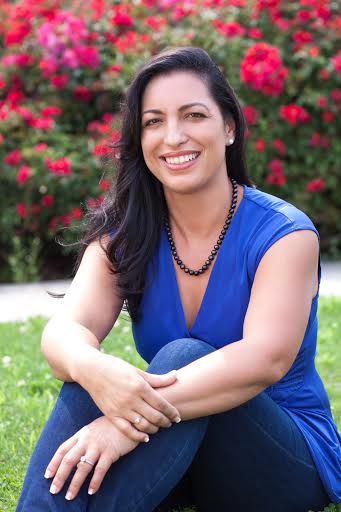 Rogue Valley Messenger: Do you remember the conversation you had with your family when you decided you wanted to run for office?

Jessica Gomez: Yes. I had just got off the phone with Senator DeBoer. He told me that he had decided not to run and he asked me if I was interested in running for the seat. I told him that I would discuss this with my husband and get back to him.

I felt very comfortable with the policy aspect of the position, but was concerned about spending time away from our family and our company. I was also concerned about campaigning. I had a hard time with the fact that everything in my life–past, present, and future–would be an open book for all to see and judge.

My husband reassured me that I was never one to shy away from a challenge or opportunity, and that Oregon needed someone in the legislature with my skill set. He told me that he would help as much as possible with the kids and running our company.

RVM: What is the single most common concern you’ve heard from voters when campaign?

JG: Most people are concerned about policy that impacts their ability to provide the basic necessities for themselves and their family. Financial insecurity coupled with the rising cost of housing and healthcare have many people worried that they are only one or two paychecks away from losing everything. Somehow our state has lost site of the fact that its primary responsibilities lie with those individuals that are working hard, playing by the rules, and trying to provide for their families.

RVM: What has been the biggest surprise when campaigning?

JG: I now realize how very important the campaign process was for me personally. Although uncomfortable at times, I feel more confident and better prepared to represent our community in the State Capitol. I truly enjoy meeting and speaking with people. Everyone has a story that is relevant to the issues that we face today. People may not always agree with you, but everyone wants to be heard. I am also surprised how nice and supportive everyone has been. It really makes my day when someone takes the time to share their story with me.

RVM: A large part of your platform posted on your website talks about education. Why run for State Senate and not for a school board position?

JG: I currently serve on the Oregon Tech Board of Trustees. Much of our education policy is set at the state level and funded by the legislature. Our schools have suffered for many years due to a lack of vision as well as a lack of resources. In the legislature, I can have a greater impact on resource allocation, and a greater influence on the overall vision and strategy for our public education system.

RVM: You also talk about “building community.” Why not run for city council?

JG: I have been heavily involved in the community for many years, though not in an elected position. I co-founded Sustainable Valley Technology Group in an effort to provide support for local entrepreneurs and incubate start-up companies. I was appointed to the State Workforce Investment Board by Governor Kitzhaber in 2013, and asked to serve as Vice Chair. I was also a member of the Oregon STEM Investment Council and was tasked with the development and oversight of a statewide strategy to advance education goals in Science, Technology, Engineering and Math. I currently serve on the Oregon Institute of Technology Board of Trustees, Oregon Business Development Commission (Business Oregon), and Chair the Rogue Workforce Partnership, our regions Workforce Investment Board. Given my overall experience in the local and state policy making, I feel that the Senate is an appropriate place for me to serve our community.

RVM: What is something nice you can say about your opponent?

JG: Jeff has always been a steadfast defender of the environment.

RVM: Do you have political heroes?

JG: Theodore Roosevelt for his deep appreciation for the natural wonders of our country, and his desire to protect them for future generations. Martin Luther King for his quest to end racial division and oppression in the US. And Robert Kennedy, for his love of people and desire to make the world a better place. I often wonder how different the world would be if we had not lost them far too soon.

Rogue Valley Messenger:  Do you remember the conversation you had with your family when you decided you wanted to run for office?

Jeff Golden: Yes. Both kids were excited and energized (they’re working on the campaign). My wife was a little concerned about going so public, and about the prospect of me travelling to Salem so much, but has been wonderful. Great to be married to someone who wants fro you what you want for yourself.

RVM: What is the single most common concern you’ve heard from voters when campaign?

JG: The corruption of money in politics and the summer smoke.

RVM: What has been the biggest surprise when campaigning?

JG: How damaging and widespread the housing/homelessness crisis is.

RVM: What is something nice you can say about your opponent?

JG: I like Jessica. We’ve been casual friends for years. She’s an intelligent, capable entrepreneur who with her husband started a business that provides good jobs to a number of people. She’s shared  her small business formation knowledge with others. She’s a gracious person who cares about the community.

RVM: Do you have political heroes?