Home»News»Cancer and 9/11: What Legacy Remains
News

Cancer and 9/11: What Legacy Remains 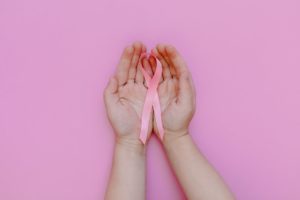 September 11th, 2001, was one of the darkest days in American history. Yet, years later, its impact and legacy are still being felt across the nation. When the terrorist attacks turned the Twin Towers into crumbling rubble, toxic dust was flung into the air. The air that made Lower Manhattan as thick as soup caused several health problems, including rare and deliberating cancers.

After the Twin Towers fell, many first responders, firefighters, police officers, and volunteers rushed to the scene to clear away the wreckage of the rubble, twisted girders, and gnarled concrete. Despite them knowing the risks, they tried their best to save anyone they could. Over 3000 people were killed that day, but the death count continues to rise due to these attacks.

Fires smoldered around the remains of the World Trade Center for 99 days. It took almost nine months for volunteers to clear the towers, but the effects of the toxic dust were noticed by doctors 5 months after the incident when several residents reported respiratory issues.

Although those who lived in New York on 9/11 now have the option to apply for the WTC victim compensation fund or the James Zadroga 9/11 act, the majority of those affected still aren’t receiving medical coverage. Most 9/11 survivors have health conditions that can’t be reversed.

The dust from the collapsed towers was considered “wildly toxic” due to a large amount of pollutants within the buildings. Pulverized concrete is known to cause silicosis when inhaled.

When doctors tested the site, they found over 2,500 contaminants. The contaminants were made up of 50% non-fibrous materials and construction debris (lead, cadmium), 40% glass and other fibers, and 9.2% cellulose (a lung irritant). Over 0.8% of the dust contained asbestos, mercury, and lead which are all linked with higher rates of cancer in humans when inhaled.

This toxic dust not only caused severe lung issues unrelated to cancer but it also increased cancer risk. Over 2,000 responders have died from 9/11 related sickness since the attacks, most of which were less than 40 years old or didn’t have health issues prior to 9/11.

A Mount Sinai’s Icahn School of Medicine study found that there’s a strong link between 9/11 related contaminants and an increased cancer risk. The over 28,000 recovery workers and police officers included in the research group had a 9% higher chance of developing cancer and were at higher risk of prostate cancer(25%), thyroid cancer(219%), and leukemia (9%).

Prostate cancer is rarely diagnosed in young men. In the United States, the average man will develop prostate cancer at 66, but first responders, which are currently in their 50’s, are experiencing fast-growing, aggressive cancers. This is likely due to an increase of inflammatory T-cells brought on from inhaling the toxic dust spread by the fallen two towers.

An eye-opening study by Rutgers suggests that the emotional trauma brought on by 9/11 likely caused many American’s to smoke excessively and have a higher amount of sex partners. Certain lifestyle choices probably played a factor in the high neck and head cancer rates.

We are not saying or implying that first responders are to blame for their higher cancer risk. Mental health coverage is still inaccessible for many Americans. First responders are at greater risk of developing PTSD, which can cause someone to make choices they otherwise wouldn’t make. Both physical and mental health issues brought on by 9/11 should be taken seriously.

Cancer and 9/11: What Legacy Remains