Can You Substitute Banana Peppers For Pepperoncini? 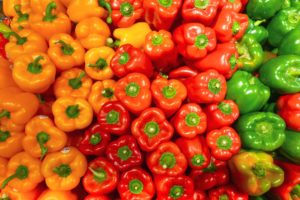 Banana peppers are a popular pepperoncini alternative that many people mistake for the real thing. If you’re looking for an answer to the subject “are pepperoncini the same as banana peppers?” Try clicking here. You can also stay and read the rest of the post because we will be discussing this topic. Listed below are a rundown of their differences, as well as a few pepperoncini pepper substitutes.

This is often selected as an excellent substitute for pepperoncini peppers. True to their name, banana peppers are banana-shaped and can be pale or deep yellow. The color changes, though, when they mature–it turns into orange or red. Banana peppers are mild, sweet, and tangy, which is a bit different compared to pepperoncini peppers because those are mild and slightly bitter.

Usually known as pimiento, cherry peppers are bright red, heart-shaped, and 3-4 inches long. They have a mild and sweet taste traditionally used to stuff olives. This is similar to pepperoncini in a way; they are both great pickling peppers. Unlike banana peppers, cherry peppers have a very similar taste to pepperoncini, so they are undeniably good substitutes.

These are also known as crushed red pepper and are made from multiple types of chili peppers. If you are in Asian markets, you can have easy access to pepper flakes. Pepper flakes of any kind are an excellent substitute for pepperoncini pepper flakes.

You can adjust the quantity of the pepper flakes you will use, so the heat or spice are according to your taste. You can also use a bit of pepperoncini-infused olive oil instead of pepper flakes to put in certain salad recipes. Red pepper flakes are known to have high heat, so be sure to minimize their use depending on the size of your dish.

Pepperoncini peppers and other chili peppers might have minor differences, but they are all low in calories and fats and contain vitamins and antioxidants. They can all help relieve colds and sinusitis, as well as lower muscle and joint pain. You just have to determine which substitute of pepperoncini peppers will work well with the dish you are making.

Can You Substitute Banana Peppers For Pepperoncini?