Calling All Star Gazing Aficionados: The Grants Pass Astronomers Can’t Take Their Eyes Off the Sky 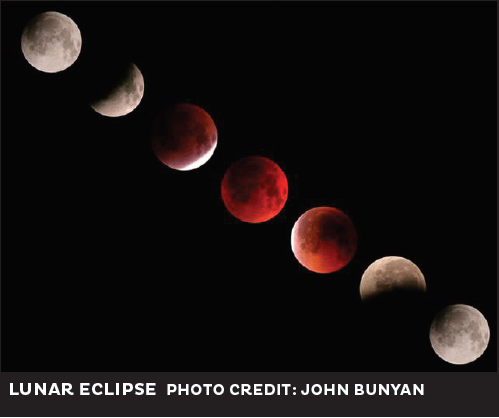 Amid all the costume parties, trick-or-treating and pumpkin patches of the season, a look up at the sky might be a welcome change of pace. The Grants Pass Astronomers, a club dedicated to surveying the night sky, will host a Star Party on Friday, October 21 at Redwood Park.

The Grants Pass Astronomers was founded six years ago by John Bunyan and Dennis Recla. “We met at a star party at Mt. Bachelor years ago,” says Recla. “Independently we both tried to start a ‘club,’ so we combined and have put together a good organization, and keep busy doing outreach when we can.”

The group hosts a number of events throughout the year as well as monthly club meetings to encourage a community of astronomers and appreciators. In the monthly meetings, which are the second Wednesday every month, Bunyan says, “We have a video projector and we show upcoming events that are astronomy related things. What’s up for the month. We have guest presenters come in. A couple of us do some NASA projects. We have a show and tell.”

The biggest event of the year for the club is the Oregon Star Party east of Prineville. In the past, the event saw up to 900 attendees and “telescopes all the way up to 50 inches,” says Bunyan. Next year, the party will celebrate the first total solar eclipse since 1979 on Aug. 21. In June, the Golden State Star Party in Northern California has around 300 attendees. These events are meant to bring astronomers and star gazers together to identify planets, constellations, and discuss telescopes.

“We try to do quite a bit of public outreach—get young people interested in astronomy,” says Bunyan. “We just finished an astronomy camp at Science Works, [where we] built 13 telescopes. We put a lot of work into it to keep it going.”

Both Bunyan and Recla are astrophotographers, and their photography can be found on the Grants Pass Astonomers’ main website grantspassastronomers.com. Recla received his first telescope when he was around nine years old. After a long period of living in light-polluted cities, he moved to Grants Pass in 1993.

“I saw the Milky Way once again, from my childhood,” he recalls. “I started combining my alternate profession in photography with astronomy, and got into astrophotography. It grew from there, better telescopes, better mounts, better cameras.”

Recla also mentions the growing interest he’s seen in the club since it began. “I think the first Friday and Astronomy in the Park activities has helped to expand the interest in the community in astronomy.”

“First Friday we get a lot of the people from town to look through the telescopes,” says Bunyan. The monthly event consistently sees a couple hundred people coming out to learn more about telescopes and the night sky. Bunyan says the goal behind the club is “trying to make more people aware that we have an astronomy club and people get into astronomy.”

Recla adds, “I think it was our wanting to share the excitement we both had for the hobby. It also provided a way to meet others who were also interested in astronomy. It’s a great way to meet people, see a variety of telescopes, and look through some of the largest amateur telescopes.”

Second Wednesday of every month

Calling All Star Gazing Aficionados: The Grants Pass Astronomers Can’t Take Their Eyes Off the Sky