Buckle Up! The Second Annual Jefferson State Flixx Festival is a Wild Ride 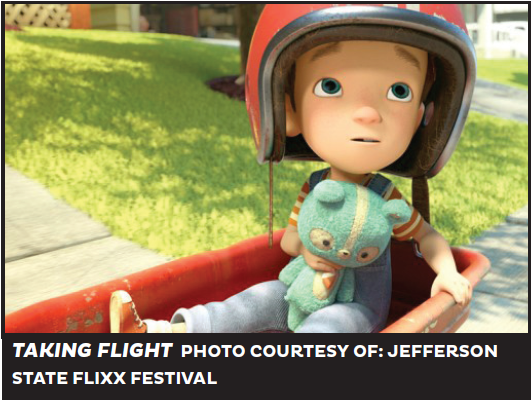 While merely a fantastical proposal for some, the “State of Jefferson” is a real place for many. The Rogue Valley is located solidly inside the mythical state that has never been recognized, though several counties in Southern Oregon and quite a few in Northern California are on the list of places that feel a “sense of abandonment” by the central state governments and would rather be a separate entity. This culture of independence has given birth to many organizations, including the Jefferson State Flixx Festival in Fort Jones, California, taking place September 21 – 25.

Tripling the number of film submissions since their inaugural year in 2015, the JSFF will be showing a whopping sixty films this year, which is only a fraction of what they received.

“We had close to 300 submissions,” says JSFF Executive Director Megan Peterson. “We got an amazing assortment. We ran out of slots.”

Like a rough-and-tumble rodeo, JSFF hands out actual belt buckles as trophies for the best films in each category, staying true to their roots. In addition to the traditional awards for best feature, short, documentary and animated films, there will also be belt bling for the “Spirit of Jefferson” award, the audience’s choice of which film captures the iconic values of Jefferson State.

“They are the real deal, and they are different every year,” says Peterson, who was surprised with her very own founder’s belt buckle last year.

This year features the addition of a strong children’s program, “Saturday Morning Cartoons” which includes a two-year-old’s quest for crayons (Crayons), a scarecrow’s challenging interaction with a crow (Last Straw) and a tribute to the inventor of the Radio Flyer wagon (Taking Flight).

Peterson says that the shorts program for adults was also very popular last year, and was expanded into several themed groups this year. A stand-out group, she says, is titled “Being Human,” which features short films highlighting the world-wide human predicament, from a WWII escape through the sewers (Breathe) to the truth found in a child’s drawing (2-1).

The JSFF is the main event of the Scott Valley Film Coalition, which strives to empower locals to create film, not only as an art form, but also as a source of revenue for the area.

“Our goals is to create jobs and energy in Siskiyou County,” says Patrick Desmond, of the Scott Valley Film Coalition and Event Publicity for JSFF.

A shining example of local talent this year is Scott Valley-native Rush Sturges, who also happens to be one of the best kayakers in world. He directed one of the feature documentaries of JSFF this year, Chasing Niagara, which features three years of epic kayaking in Mexico and the U.S. Another standout documentary due to their location in horse country, says Peterson, is Unbranded, a journey of a group of friends who set out to tame a herd of wild mustangs. But, she adds, they all stand out.

“The thing that is so amazing this year is that the documentaries are exquisite in design,” she says. “The whole zeitgeist; they are so beautifully crafted. I love them all.”

A finalist in JSFF’s screenplay competition last year, Something Horrible by Jeremy Kriss of Chico, California, promises chilling thrills at the expense of a screenwriter who struggles with his inner demons.

On the international front, the Swedish film Mousse, which just qualifies as a feature at a modest 48 minutes of running time, is a “really funny, super unexpected horseracing film, with the spirit of the Wild West in an urban setting,” says Peterson. Another is Fiddlesticks, which is “super unique kids film. Like Little Rascals meets Buster Keaton meets Technicolor, and it is so colorful and visually stimulating—a story about a small German town that is trying not to be the most average town in the world by breaking a world record,” says Peterson.

Buckle Up! The Second Annual Jefferson State Flixx Festival is a Wild Ride