Bringing Stony Back: Cambrian Explosion and the Return of Psych-Rock 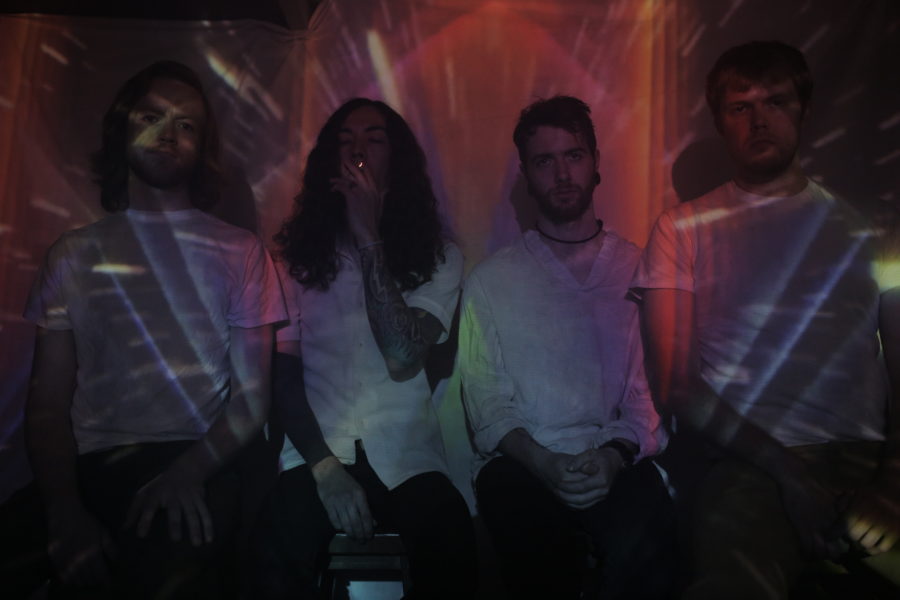 Cambrian Explosion’s bio on their Facebook page doesn’t mince words: “Cosmic sorcerers from Portland, OR.” Anyone that attends the band’s performance at Johnny B’s on Saturday, Feb. 18 and gets an earful of the band’s massive reverb-drenched guitars, keyboard drones and thundering drums will be hard-pressed to disagree. The band is a major player in Portland’s psych-rock resurgence, and its 2016 release, The Moon EP, is as solid a recording as one is likely to find in the genre. The band’s guitarist and vocalist, Nori Lockhart, took the time to answer a few questions for The Messenger to preview the show.

Rogue Valley Messenger: What drew you to playing psych-rock? Was it intentional, or just how things naturally played out when you started playing together?

NH: We experimented with more psych-pop type stuff at first, but we weren’t quite happy with what we were coming up with in that particular style of music. Then we decided to go with what we came up with naturally instead of trying to emulate a specific style. What we play now developed naturally over time.

RVM: The Deli wrote, “Portland psych can’t really be discussed without mentioning Cambrian Explosion.” Do you feel that there is a broader movement behind your band, or are you just playing what you like to play?

NH: In the beginning of Cambrian Explosion, we played with a lot of psych-pop bands that were popping up on the local indie scene. It’s evident that there is a psych-rock movement in Portland, but we weren’t really aware of it as we didn’t know anyone in that scene. We just wrote whatever we felt sounded good, so it was more of a happy accident than a deliberate effort to lead or join that movement.

RVM: It’s hard to separate psych-rock from psychedelics. Shortly after your band formed, pot was legalized. Would you like to take credit? Or has that had any effect on audience’s reception of your music?

NH: Community is vital, but our songwriting is not motivated by the desire to fit a certain niche. We are still in the process of discovering who we want to be as a band, but we hope to continue growing in the direction that satisfies us creatively.

RVM: What is your goal when you step on stage?

NH: Not fuck up and ultimately have a good time.

RVM: Will this be your first time in Southern Oregon, or have you played here previously. Any thoughts or expectations?

NH: We’ve played in Medford before, but the turnout was not as good as it could’ve been. We hope we get to play to a crowd this time.

Bringing Stony Back: Cambrian Explosion and the Return of Psych-Rock