Born of Baseball: The Pitcher in Wrigley Sanders is No Belly-Itcher 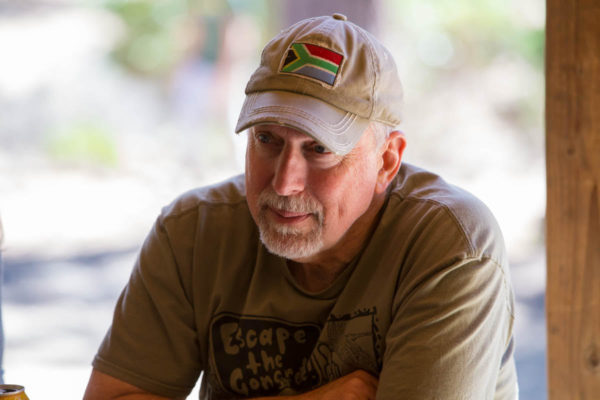 Being a Cubs’ fan is a religious experience. Or, at least so say Cub fans, and writer Mark Scarpaci is one of those, and he has poured that love of the Cubs, of baseball, and of friendship into “Wrigley Sanders.”

The novel draws from Cubs’/ storied folklore and heartbreak, as well as riffing emotions and some magical realism from that yawning span of history. It also pulls characters and ideas from Scarpaci’s own life. The main character is literally born in the Wrigley Field bleachers (not a true story), and is born nearly deaf and legally blind (partially based on one of Scarpaci’s childhood friends). And, then the main character is taught to be a spectatuclar pitcher, able to throw the ball with both arms—and not surprisingly, in real life Scarpaci has been a Little League coach.

The book is published by Bookbaby, and also available at The Fishing Hole in Shady Cove, BookMark in White City, Bloomsbury and Tree House Books in Ashland.

RVM: The grandfather plays an important character in the story, teaching his legally blind and partial deaf grandson to throw the ball with both arms. Is there a grain of your own grandfather in this character?

MS: Actually, I never really got to meet my grandfathers. But in this book, I think there was a grain of me and my relationship with my son in regards to pitching. My son started throwing before he walked. He was also deemed legally blind during a physical before a Little League season. We played a lot of catch over the years, then one year, I think it was ninth grade, he quit baseball and moved on to other things.

RVM: The main character is based on a childhood friend. But he wasn’t born in the bleacher, I take it. Where did that come from?

MS: I wanted to tie the character’s birth into Wrigley Stadium. It’s such an iconic place that has such a colorful history, even though they haven’t won a ton of World Series. It’s part of what makes Wrigley, Wrigley. He’s different, and in my desires, he’s an “every-kid” that all of us have inside. He struggles, he tries, he fails but there is a burning desire to reach his goal of becoming a Cubbie pitcher that drives him to his ultimate goal. Even though he’s hard of hearing and doesn’t see well, he never gives up. Maybe that’s the theme of Wrigley Sanders, never give up on your dreams.

RVM: In comparison to football and basketball, baseball has been losing its popularity, at least with younger generations. MLB has the oldest fan base of any major sport, for example. Are you concerned about the future of baseball? Can you make an argument why the sport is still appealing?

MS: Baseball isn’t going anywhere. Even though they have been messing with the game with replays and rule changes, and making it longer (who has the time to watch four hours of any sport) it seems in my mind to be going through a vital resurgence. The last two years there has been a marked increase in homeruns. Young players are coming up that are transforming the way teams deal with young, green player, because they are making a huge impact on the their teams performance. For instance, the Cubs have one of the youngest teams in baseball and last year won over 100 games and won the World Series. This year, many teams are playing “youngsters” and reaping the rewards.

RVM: You coached Little League for years. Am I guessing correctly that you most liked coaching pitching? More than hitting?

MS: I loved every minute of coaching Little League. The local high school coach taught me a ton about pitching, while he was coaching my son, and yes, pitching was my favorite because over the years I began to learn more and more of how to get the best out of young pitchers without hurting their arm (don’t get me started).

RVM: You spent decades writing, but for TV, like “Nye the Science Guy.” How is writing a narrative different?

MS: Writing a novel is a freeing experience for some who makes a living as a writer. As a pro writer many times it’s more rewriting than writing. I write a first draft of a script, be it environmental documentary, educational, comedy or infomercial, and then a whole team of people get involved. It’s not necessarily a bad thing, and I like working with team, but too many people can turn a crisp script into a muddy mess.

Also, for me, writing a novel is like riding a mountain bike, you go up and down hills, run into trees, get chased by bears and mountain lions, blow out your tire six miles from civilization—it’s taxing and hard. Writing scripts is like being on a road bike. You peddle, blast on down the road in a highly tuned aerodynamic vehicle that flies and you’re done. That said, I get the most satisfaction out of writing novels. So far I’ve written three…seems like I’m good for one every 15 years. I plan on speeding up that cycle now that I’ve figured out how to do it.

RVM: How did you end up a Cubs fan?

MS: I had a neighbor when I lived in Portland who was a rabid Cubs fan. This was about 28 years ago. I lived in Multnomah Village. I’d walk across my gravel road to her two-acre property. She had a huge industrial kitchen and she used it to make “Annie’s Goodies”—all kinds of delicious pastries, breads, pies, you name it. All four corners of this 600 square foot plus industrial kitchen had televisions on…all four of them tuned into WGN and the Chicago Cubs—every game! One day I heard Harry Caray the announcer yell out, “It’s a long fly ball to whats his name out in left”—referring to Sammy Sosa who was on a home run spree, I was hooked. Harry was very entertaining. The “Lovable Losers” were always fun, and, well, there is something special about being a Cubs fan pre-2016 World Series.

Born of Baseball: The Pitcher in Wrigley Sanders is No Belly-Itcher