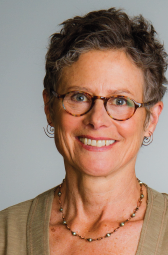 I imagine you know someone who has Alzheimer’s disease, or some other form of dementia, perhaps even someone in your own family. Although not the most common illness of aging, it is probably the most terrifying—even though those most afflicted have lost perspective and their dread largely dissolved. If you saw the film Still Alice, you remember that she intended to end her life when she lost her ability to navigate in the world. By that time, she’d also lost the ability to carry out her plan, and in the film seemed pleasantly reconciled to her new and diminished position in life. So it’s largely those of us on the outside that fear Alzheimer’s, and it is those of us fearing the disease who can do the most about it.
Current thinking is that Alzheimer’s is considered the only leading cause of death, “for which there is no cure.” Until now, that was true. It’s no longer true: it’s possible to imagine the end of Alzheimer’s, that it can be prevented in those at risk (who carry the gene ApoE4 or others) and reversed in those afflicted, at least in those only moderately advanced in their disease.

Brilliant neuro-researcher and physician Dr. Dale Bredesen has released his long-awaited book, The End of Alzheimer’s, available everywhere they can keep it on the shelf. He started with ten people and now has treated several hundred: in those with early to moderate disease, following his treatment protocol resulted in reversal of symptoms, better cognitive performance, and even re-growth of lost brain volume on MRI’s.

Full disclosure: the reversal of cognitive decline requires conscientious adherence to a well-defined protocol for healthy living. It would not be an easy protocol to follow in the very proscribed ways that it might be different from the way one was currently living. Example: sugar really becomes a thing of the past, you eat your meals in a 12-hour window daily and finish eating three hours before you go to bed. Doesn’t sound difficult to me, but for those who work late, or like to eat after the kids are in bed—it could be a big change. Another example: daily routines that include 7+ hours of sleep, up to an hour of exercise, half an hour of brain exercise and some time devoted to a meditative type activity. I’ve always intended to meditate yet rarely done it, so I get it that even a simple-seeming change can be hard.

Prevention, on the other hand, is an easier path: the program needn’t be quite so comprehensive so long as your cognition is holding up. Before anything goes wrong is also the ideal time to optimize all the lab values that get tweaked up to optimal to do the same to your brain. You start thinking of optimal rather than normal: if you settle for a B12 level at the low end of normal, you might see a brain that functions the same way!

The most obvious characteristic of Dr. Bredesen’s protocol is also the most remarkable: it’s not a simple magic pill (none of those Alzheimer’s drugs can prevent or reverse the disease) or surgery, it’s a fully orchestrated lifestyle pattern. You may not realize it, but medical research almost never allows consideration of more than one variable in research or treatment. Okay, maybe two, but Bredesen was completely unable to get conventional medical funding for a lifestyle research trial: “But how will we know which part worked?”

It seems obvious to non-medical folks: of course, no matter what you’re changing in your life, it works best if it all hangs together.

Dr. Bredesen devised the simple yet brilliant hypothesis: let’s do everything together, everything that has been shown to help even a little with dementia, and see if we can make a real difference in this terrible disease. Surprise: not just small changes but truly big differences.  Making a big change in your life is never easy, but if you’ve got your eye on the goal, you just might find the motivation you need. Check out his book and share it with friend and family who might be ready to stop dementia in its tracks.