Home»Sound»Beyond the Tide Throws Down the Gauntlet at Battle of the Bands!  Amidst the Competition at Alibi Tavern in Grants Pass
Sound

Beyond the Tide Throws Down the Gauntlet at Battle of the Bands!  Amidst the Competition at Alibi Tavern in Grants Pass 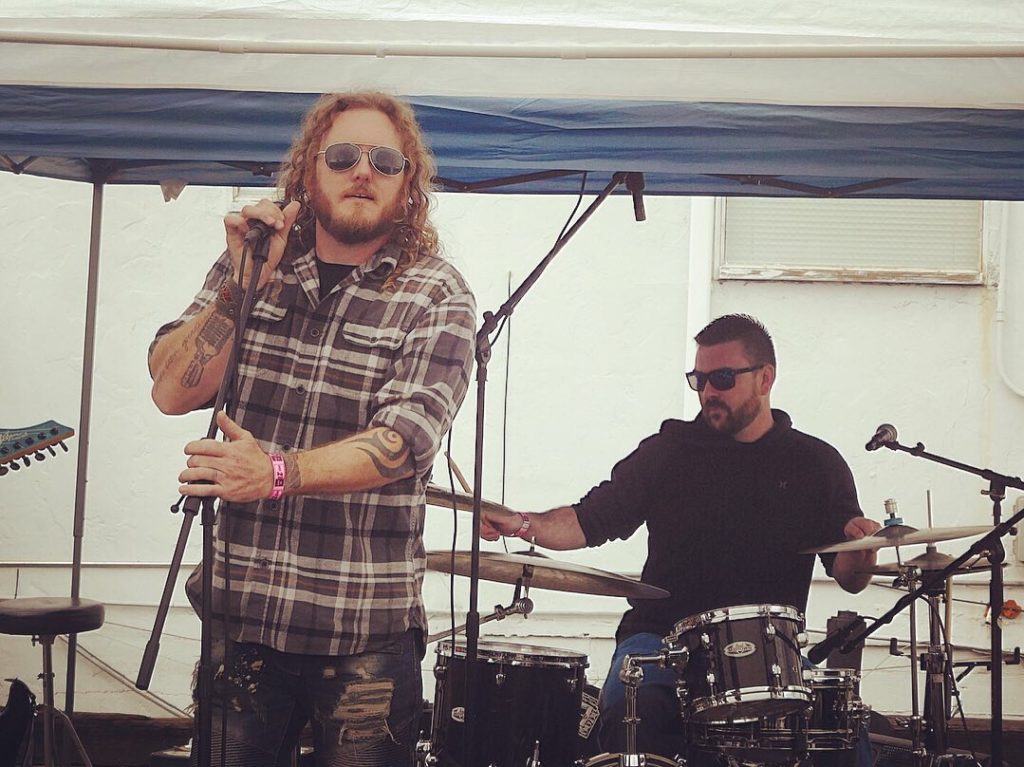 When faced with the competition at Southern Oregon’s Battle of the Bands, Sunday, March 8, it seemed like Beyond the Tide was a shoo-in for the victory, presenting polished songs that have plenty of hooks. The audience had voiced its approval and, in a crowded field of regional talent, Beyond the Tide was definitely a contender.

But, then again, one more band was set to play.

Throughout the evening, I had sized up the energy of the crowd as band after band rocked their hardest in hopes of striking a chord with and remaining memorable in their audience’s minds.

Southwest Royal swept in with a suckerpunch in the form of gleaning uber crowd participation, which veered excitedly towards mosh pit chaos. Templet showcased the breadth of their talent, sometimes keeping their guitar growl at an “inside voice” volume level so that the vocals could really stand out. Owls & Aliens sideswiped the others with their uncanny ability to work the crowd into a frenzy, so intent in interacting with their audience that their frontman literally ended up becoming one with them, letting the guitarist take over vocals for the most part even though he offered an occasional supportive bellow or scream while he playfully sparred with the crowd.

But wait! Then came Wild Ire, hailing all the way from Salem; a sneak attack by way of different layers of sound, and versatility in the lead’s vocals, from frog croaks to surprisingly articulate, clear as a bell soaring. Then, Death Plant arrived on the scene, threatening to dismantle everything we had experienced so far with their wall of sound that knocked the others upside the head. Hold on though! We can’t discount Autopilot Miscreants, who held as their secret weapon the ability to captivate the audience with a gradual surge in volume that contained a big, stretchy echo guitar effect near the end of one of their tunes.

Throughout the day, the emcee of this show had been trying to educate the crowd on how each band’s genre could be described. When introducing them, he described Beyond the Tide as “hard rock/post grunge” and then looked at frontman Jon Martin as if seeking his approval. For his part, Martin half-shrugged and said nonchalantly, “sure,” looking like he could care less what you called him as long as he could play the damn music already—and then the band proceeded to kick-start their aural offering to the crowd, Martin’s searing vocals belting out majestically like Chris Cornell singing “Black Hole Sun.”

The band introduced a song called “I Get High” as “heavy metal funk,” which was spot-on.

When the band played the final notes of the song, and before the people could truly realize the song’s closure, Martin took out a didgeridoo, an eerie wind instrument developed by the Aboriginal peoples of northern Australia and becoming a trademark for the band. Martin blew into it to introduce the next song, sounding like some kind of melodic foghorn announcing the arrival of royalty. Next, Martin sang into the didgeridoo, giving his vocals a slightly hollow, canned quality. Finally, he switched to singing directly into the mic.

The next song was introduced as being about people “trying to make themselves something they’re not,” and Martin showed off the acrobatic nature of his voice, ratcheting from falsetto croon to belting power force back down to a lower register growl-and-belch.

At this point, a man in the crowd introduced himself to me as one of the judges. Seeing that I was scribbling notes about the show like a madman, he mistook me for another judge. He said that at this point in the show, his vote was cast for Beyond the Tide: “They’re my number one so far.”

But just then, a strange voice asked the crowd if they were ready; frantic organ music, followed by erratic harpsichord playing ensued. The voice continued, suggesting it was “on like Donkey Kong.” A five-piece band called Ghost Bomber began to play, sounding like a demented carnival. Instantly, the audience seemed to sense they were in for something new. With the usual musical suspects, the band’s deranged sound included organ and saxophone, and was sparse on vocals. When there were vocals, they were wide in variety thanks to the effects’ technology at their disposal. From Olive Oil nasal to Haunted Mansion ghoul, to nihilistic robot, the voice urged the wildly dancing crowd to “boogie right into the ground!” From there things became almost blurry, and the crowd seemed to whirl hyper-speed—and when I finally found my footing again, Ghost Bomber had won over the crowd and took the title, with Beyond the Tide coming in a close second place.

Beyond the Tide will next be playing at G Street Bar & Grill in Grants Pass on April 17 & 18.

Beyond the Tide Throws Down the Gauntlet at Battle of the Bands!  Amidst the Competition at Alibi Tavern in Grants Pass