Southern Oregon is neither short on bands, nor on good ones. But some bring that extra something special that goes beyond just kicking out the jams; they do it in a way that audiences don’t just passively absorb as background, but get on board with and say, “these are my guys.” And that special quality is why readers picked The Evening Shades as this year’s favorite local band. The Evening Shades brand of straight-forward power-pop is catchy and danceable, and its members earnest and likeable. Their album is great on every song. But what sets them apart more than anything, is that after checking one of their shows, you can’t help but wanna grab a beer with ‘em and say, “let’s be best friends.”

Honorable Mention go to Slow Corpse, who only broke into the local scene in late fall, but are already becoming one of the region’s most talked-about bands. Careful fellas. Don’t let it go to your heads. 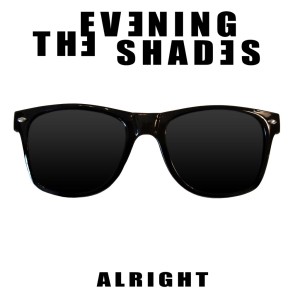 Readers picked The Evening Shades as this year’s favorite local band, and a big part of that favorability is the group really hitting its stride on its debut album, Alright. The 12-song collection is packed with straight and simple pop-rock gems with shades of Matthew Sweet, Weezer, or The Strokes, especially in the catchy vocal melody department. Frontman Mark Thales switches effortlessly back and forth between smooth croon and Jagger-style sass, while the rhythm section keeps things moving. It took The Evening Shades several lineup rotations and an extra trip into the studio (a power surge fried the hard drives with the masters from the first go), to emerge with Alright, but the final product was worth it.

Honorable mention goes to another stellar debut, Hound EP, from Slow Corpse, one of The Messenger’s favorite local recordings of the year as well.