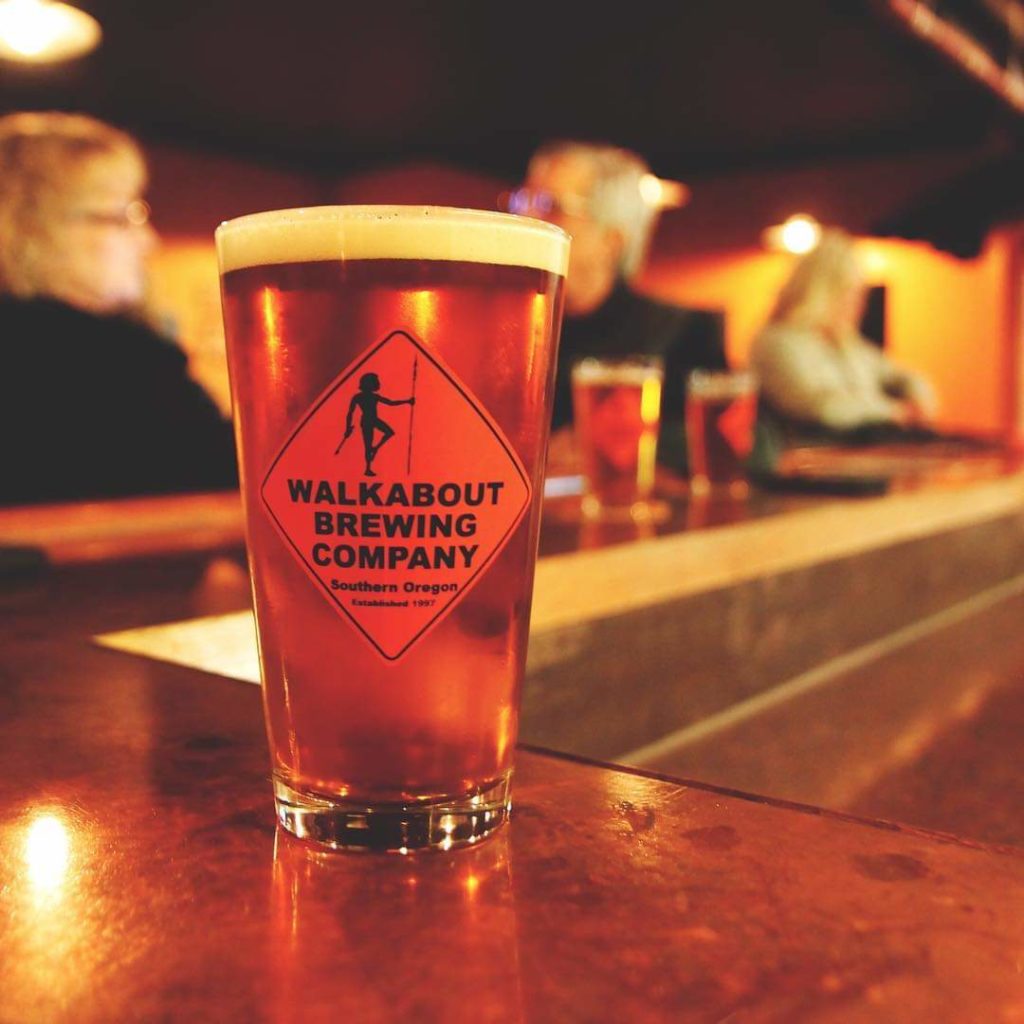 Beer is my favorite beverage. This is about as surprising as finding out birds are happiest when flying. It’s part of their DNA, so no wonder.

To say I was excited when I heard about Medford Beer Week would be putting it lightly. I might have squealed with the same variety of glee my sister did when she saw Hanson perform live when she was 13 years old.  Some things strike a chord.

Starting on June 6, Medford Beer Week has dozens of events to check out, featuring Medford’s local breweries. There’s a lot to check out, one can’t hit every event, but I’ve got some good news for you: I’m a professional and I’m here to help. In particular, four spots stand out in my mind.

Walkabout Brewery: I first discovered and wrote about Walkabout Brewery over a year ago. Since then, I’ve had the chance to try dozens of their beers, their live music events, and stuffed my face with food from a handful of food trucks that frequent their business. In 2017, I foresaw it being a favorite haunt of mine, and I was right. Try out their Platypus Porter. Or, if you’re sensitive to these sort of things, try their Walkabout GFA, a gluten free ale. I’m stoked to check out the comedy group, Rogue Comedy Underground on Friday, June 14, at 9 pm.

Osmo’s Alehouse: Run by Nick, a fellow nerd and connoisseur of the not-so-common-beers, Osmo’s Alehouse offers a list of beers beyond the IPA, Pale or Porter. Their flagship beer is an Extra Special Bitter, I’ve always considered that fact as a badge of honor or mark of class. Nick takes risks with beers, brewing varieties that are not quite mainstream, and pulls it off. His spot is cozy; there’s enough room to bring a large group of friends, but it’s small enough to make a couple new ones as well. Try their ESB, or any of the sours they happen to have on tap. Better yet, enjoy the beer while checking out their Art Beerzar—an art show on June 7 from 5:30 – 8pm.

Opposition Brewing: A brewery with personality and grit, Opposition isn’t a place you’d take your grandmother, unless she’s got tattoos, piercings, owns a motorcycle, and is more prone to smoke a stogie than she is enjoy a nice rosé. I love their Devastated Sky Stout on Nitro. Their Blast Radius Pale and Sixth Seal NW IPA are killer too. On June 8, from 4pm-whenever, they’ll rope off the parking lot and throw a big block party with live music, a specialty beer and even a dunk tank.

Gold Rush Cidery: I know what you’re thinking: “Ciders aren’t beers.” True. But truth be told, I’m not sure how/why a cidery showed up, but I’m not complaining. Gold Rush Cidery is one of Medford’s greatest, newer drink spots. All heir ciders are top notch, crafted with by the clever and hardworking mind of Sid, Gold Rush’s owner. Try their Dry Ginger or the Spiced Cider—both are eloquently done. They’ll be doing a Pint-athlon on June 15, starting at 6 pm.

Medford Beer Week is June 6 – 16. You’ll notice that’s more than a week, but does anyone actually want to complain about more beer related events?